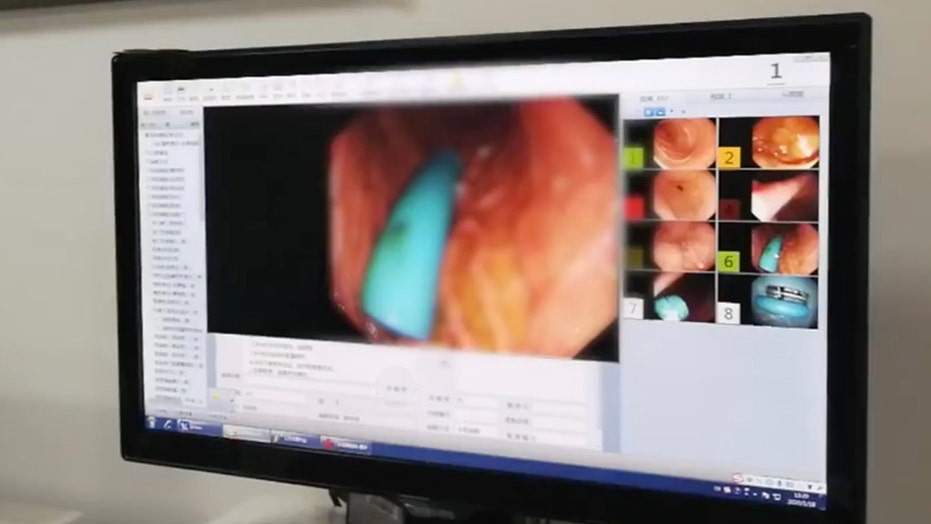 A woman in China is lucky to have escaped with minimal damage after she swallowed a battery following an argument with her mother and allegedly waited two weeks before seeking medical attention.

The 19-year-old, who was not identified in the AsiaWire report, was allegedly fed Chinese leek in hopes that the battery would pass through her stool, but when that did not happen she was taken to the hospital.

Doctors removed the leaking battery from the woman's stomach 14 days after she swallowed it.  (AsiaWire)

“The patient swallowed the battery a long while ago,” Dr. Yu Changbo, of Changchun Tumor Hospital, said, according to AsiaWire. “It had already been 14 days. Fortunately, the battery did not make its way into her bowels and remained in her stomach.”

Changbo’s team performed a gastroscopy and found the large rechargeable radio battery in her stomach. They then attempted to remove it via her throat in a 60-minute procedure, he said. The woman is now recovering from slight chemical burns in her digestive tract.

While button batteries are known to cause significant damage within just two hours, a case report from 2013 involving a male who ingested five AA batteries suggests that with larger batteries case management will vary from patient to patient, depending largely on the location of the battery and any damage or symptoms observed.