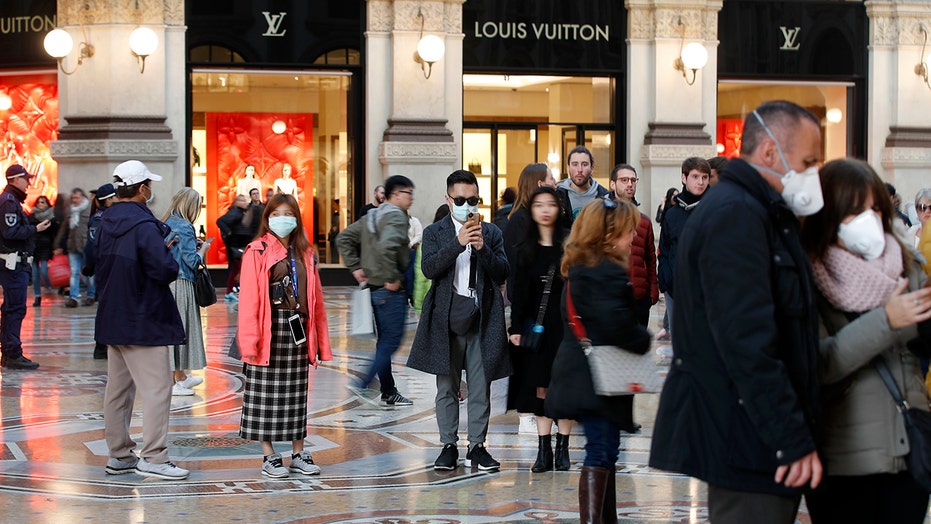 Health officials stressed on Monday that while Iran and Italy have reported a surge in coronavirus cases over the last several days and raced to cancel public events, the outbreak, which originated in China, has not yet met the criteria for a pandemic, although it “absolutely” has the potential to get there.

“Using the term pandemic now, it doesn’t fit the facts, but it may cause fear,” World Health Organization chief Tedros Adhanom Ghebreyesus said in a press conference on Monday. “Now is not the time to focus on what word we use – it will not prevent a single infection or save a single life.”

Tedros said that the health agency has not found “uncontained global spread” of the virus, and has noted a steady decline in new cases in China, where more than 77,000 people have been sickened by COVID-19 and an additional 2,600 have died.

An investigative team that had arrived in China several weeks ago has reported a range of findings on the virus, including that it peaked and then plateaued between Jan. 27 and Feb. 2, and has continued “declining steadily since then,” Tedros said. He added that the team found no significant change in the DNA of the virus and that the fatality rate outside of Wuhan, the virus epicenter, has remained at 0.7 percent.

While Tedros spoke of promise regarding the outbreak’s containment, there is panic elsewhere in the world after the semiofficial ILNA news agency in Iran reported that 50 people had died from the virus. The country’s health ministry has refuted that number and said that the death toll remains at 12, but schools across the region remained closed and public gatherings were canceled throughout the week.

ITALIAN SOCCER COULD BE PLAYED WITHOUT FANS BECAUSE OF VIRUS

Dr. Mike Ryan, WHO’s executive director of emergency operations, said it’s important to note that there’s no concrete evidence for how long the virus had been in Iran before it was first reported.

“Sometimes, when you see an acceleration of cases and a spread from that, it doesn’t necessarily represent the transmission of the virus,” he told reporters on Monday. “We need to understand the exact dynamics of what has happened in Iran.”

Ryan added that WHO was sending an investigative team to Iran on Tuesday, and that one was already en route to Italy where officials had tallied 219 cases and five deaths. Schools, theaters and Carnival celebrations have been canceled across the country, and Giorgio Armani chose to stream footage of his Milan Fashion Show week rather than open the doors to crowds.

“The decision was taken to safeguard the well-being of all his invited guests by not having them attend crowded spaces,” the Armani company said.

Elsewhere, speculation over how the virus originated began to mount after China’s reporting on the virus was called into question. Sen. Tom Cotton, R-Ark., even went so far as to suggest that the virus may have originated in a high-security biochemical lab in Wuhan.

But Dr. Henry Miller, a senior fellow in health studies at the Pacific Research Institute and a former FDA official, said that while the original theory surrounding a Wuhan food market as the virus origin can be called into question, there is “no evidence at all” that the virus came from a lab.

“That is irresponsible speculation,” he told Fox News. “Its genetic sequence is virtually identical to coronaviruses found in bats, and may have passed through an intermediate animal host (thought perhaps to be a pangolin).”

Miller said that investigators will have to focus primarily on the sequence of the virus' RNA in tracking its true origin.

"There were cases that originated earlier than the opening of the food market first thought to be the source," he said. "The virus appears to have emerged at the end of November or in December."

WHO officials also encouraged other countries to observe lessons learned in regions already hit by the virus in enacting their own protocols, but were quick to dismiss the notion that shutting the borders would lead to global containment.

Ryan said there is no such thing as “no risk” in the current outbreak, and that containing the spread would rely on “good risk management, good communication between states,” but that it’s “not about shutting borders.”

“It’s about coherent coordinate public health action by a number of neighboring states who share borders,” he said.