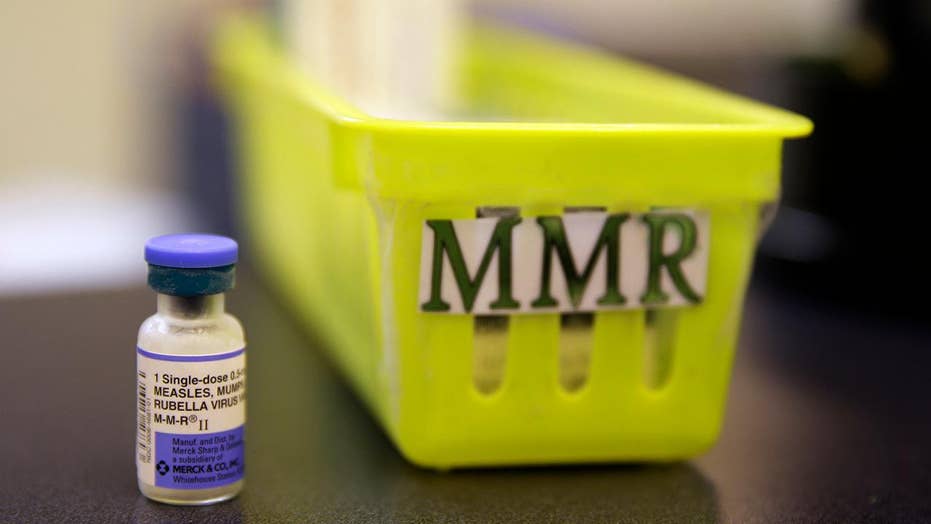 The CDC says they will be working on the problem 24/7 amid large outbreaks in New York and Washington state; David Lee Miller reports.

The number of measles cases reported so far this year has reached their highest level in 25 years, officials announced Wednesday.

61 new cases have appeared since late last week, according to New York City health officials. That brings this year's count in the U.S. beyond the 667 total reported instances of the disease for 2014, making 2019 the worst year for measles since 1994, according to The Associated Press.

The uptick of cases reportedly stems largely from the spread of misinformation that has discouraged parents from vaccinating their children.

The measles are very contagious and can be transmitted through the air following a cough or sneeze. All Americans above age 1 are encouraged by the Centers for Disease Control and Prevention (CDC) to get vaccinated.

As of Wednesday afternoon, there were 695 reported cases of measles from 22 states, the CDC said in a news release.

"This is the greatest number of cases reported in the United States since measles was eliminated from this country in 2000," the CDC said.

The agency credited the number of reported cases this year to "a few large outbreaks," identifying Washington state and New York as specific locations.

"The outbreaks in New York City and New York State are among the largest and longest lasting since measles elimination in 2000," they said in the news release. "The longer these outbreaks continue, the greater the chance measles will again get a sustained foothold in the United States."

New York state has been home to about three-quarters of the reported 2019 cases in the U.S., with a large portion presented in unvaccinated individuals, according to The Associated Press.

In 2000, the disease was all but deemed to have been eliminated in the country, decades after a vaccination was made accessible. But the spread of misinformation has caused concern and triggered low vaccination levels in certain areas. The immunization is believed to be safe and highly effective.

"A significant factor contributing to the outbreaks in New York is misinformation in the communities about the safety of the measles/mumps/rubella vaccine. Some organizations are deliberately targeting these communities with inaccurate and misleading information about vaccines," the CDC said in the news release. "CDC continues to encourage parents to speak to their family’s healthcare provider about the importance of vaccination. CDC also encourages local leaders to provide accurate, scientific-based information to counter misinformation."