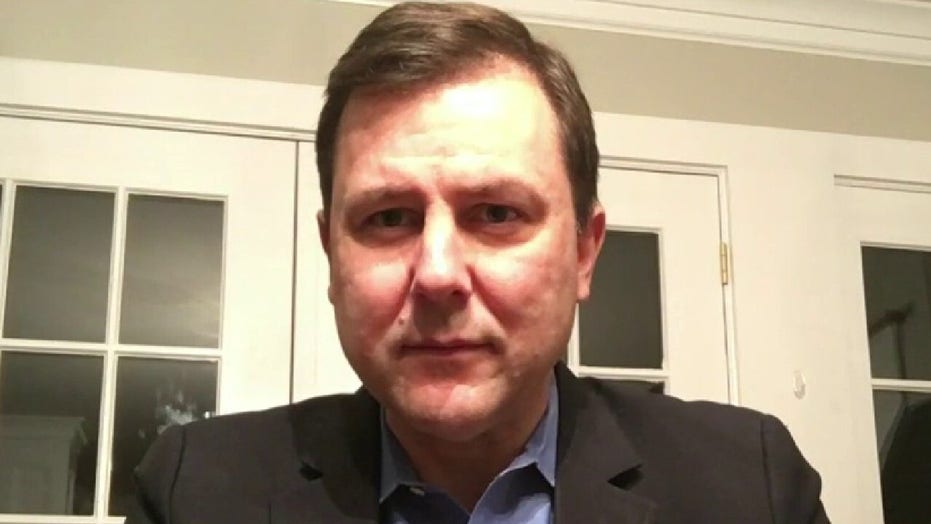 Coronavirus shutdowns: What is an essential business and what's not?

Syrians rushed to stock up on food and fuel Monday amid fears that authorities would resort to even stricter measures after reporting the first coronavirus infection in the country, where the healthcare system has been decimated by nearly a decade of civil war.

Meanwhile, Iran reported another 127 coronavirus deaths, bringing its death toll to 1,812 amid 23,049 confirmed cases. Iran is battling the worst outbreak in the Middle East and has faced widespread criticism for not imposing stricter quarantine measures early on.

People walk in a mostly empty street in a commercial district in downtown Tehran, Iran, Sunday, March 22, 2020. on Sunday, Iran imposed a two-week closure on major shopping malls and centers across the country to prevent spreading the new coronavirus. Pharmacies, supermarkets, groceries and bakeries will remain open. (AP Photo/Vahid Salemi)

The arrival of the global pandemic in Syria as well as the Gaza Strip has raised concerns it could run rampant in some of the most vulnerable areas in the Middle East. War-torn Libya and Yemen, which have yet to report any cases, are also a source of concern.

Lines formed outside grocery stores, banks and petrol stations across the Syrian capital, Damascus, as people braced for wider closures. The government has already closed restaurants, cafes and other businesses, and has halted public transportation.

The city’s famed Hamidiyeh souk, a network of covered markets running through the Old City, was deserted after the government ordered all shops closed on Sunday.

Countries across the Middle East have ramped up restrictions on daily life in an effort to contain the global pandemic.

The United Arab Emirates, home to the world's busiest international airport, announced early on Monday that it was suspending all passenger and transit flights for two weeks. Dubai's airport is a vital hub connecting Western nations with Asian countries and Australia, and suspending transit flights there affects travelers around the world.

Most people only experience mild symptoms from the COVID-19 disease caused by the virus and recover within weeks. But it is highly contagious and causes severe illness in some patients, particularly the elderly and those with weakened immune systems. People can carry and spread the virus without showing any symptoms.

Syria has close ties to Iran, which is a key ally of the government in the civil war, and Shiite pilgrims frequently travel between the two countries to visit religious sites. Syria's Health Ministry reported the first case of coronavirus in areas controlled by the government late Sunday – a 20-year-old woman it said had arrived from another country, without elaborating.

Syria's health care system has been ravaged by nearly a decade of war that has displaced millions of people and spawned rampant poverty. Hospitals and clinics across the country have been destroyed or damaged.

An open-ended curfew has already gone into effect in parts of northern and eastern Syria, which are controlled by a Kurdish-led civilian administration. It was not immediately clear how it would affect hundreds of U.S. troops stationed in the region.

Gaza, where two people tested positive after returning from Pakistan, has been under an Israeli and Egyptian blockade since the Islamic militant group Hamas seized power from rival Palestinian forces in 2007.

The coastal territory is home to more than 2 million people but it only has around 60 respirators, and all but 15 are already in use, according to Abdelnasser Soboh, director of the World Health Organization’s Gaza office.

There are similar concerns about a catastrophe if the virus turns up in Libya or Yemen, which are both mired in civil war.

Afghanistan reported its first death on Sunday, a man in his 40s. The war-torn country has reported 34 confirmed cases.

In Pakistan, which has reported more than 800 infections and four deaths, authorities have asked people to self-quarantine for two weeks. The government has said it hopes it won't have to order a mandatory lockdown.

Many people seem to be ignoring the advice, and instead going about daily life wearing face masks that provide little if any protection. Others have resorted to panic buying, fearing a curfew could soon be imposed.

Nearly all the cases in Pakistan have been linked to travel to Iran. Authorities have quarantined more than 2,500 people who have returned from Iran, mainly pilgrims, and are testing them for the virus.