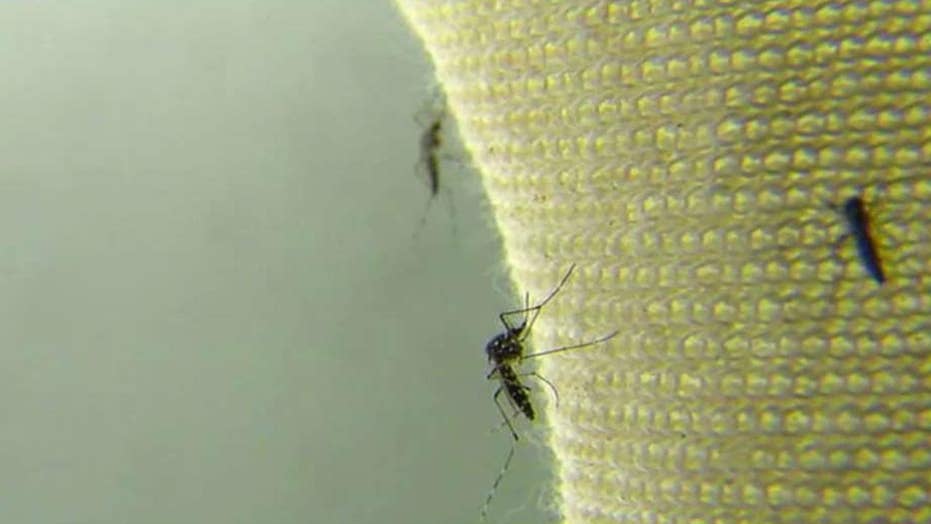 Whatever happened to Zika?

NEW YORK – Signs of Zika infection can be seen in semen for as long as nine months, but the risk of sexual transmission appears to end in one month, according to a study published Wednesday.

The study suggests health officials have been overly cautious in advising couples to abstain from sex or to use condoms for at least six months after a male partner comes down with Zika.

The study's lead author, Dr. Paul Mead of the U.S. Centers for Disease Control and Prevention, said the results are spurring work on new and better recommendations. But he said the study itself is not enough to change current guidelines yet.

The study was published online Wednesday by the New England Journal of Medicine.

Zika infections swept across Latin America and the Caribbean in 2015 and 2016, with a few very small outbreaks in the southern United States. The virus is mainly spread by tropical mosquitoes. But during the epidemic, scientists discovered some infections were spread through sex — in most cases by men infecting their partners.

In the U.S., 52 reported Zika cases have been attributed to sexual transmission, according to the CDC.

Most people infected with Zika don't get sick, while some suffer a mild illness with fever, rash and joint pain.

But infection during pregnancy can cause devastating birth defects, including microcephaly, in which a baby's skull is much smaller than expected because the brain hasn't developed properly.

In the new study, health officials looked at semen and urine samples from about 180 U.S. men who were infected with Zika and developed symptoms. Most of them caught it in 2016 while traveling overseas to outbreak areas. The men were given a $50 gift cards per submission. They submitted more than 1,300 semen samples.

Sixty of the men had genetic evidence of Zika infection in their semen.

But genetic evidence of a past infection is different from infectious concentrations of virus. The researchers looked for that, and found three men who appeared to have levels that made them contagious. The infectious-level specimens from those three men were all taken within a month of their developing symptoms, Mead said.

The results may help tailor counseling for couples who are concerned about Zika, said Dr. Neil Silverman, a UCLA professor of obstetrics.

Two years ago, the risk of Zika caused panic in many couples, but the anxiety level has waned. Silverman said his clinic used to see 20 to 25 couples each month with Zika concerns, but now sees only three to five.

Though it's no longer causing large outbreaks, the virus still lurks in mosquitoes in many tropical locales and it remains an infection threat to visitors.

"Zika will be with us in the Americas. There's no particular reason to think it's going away," Mead said.