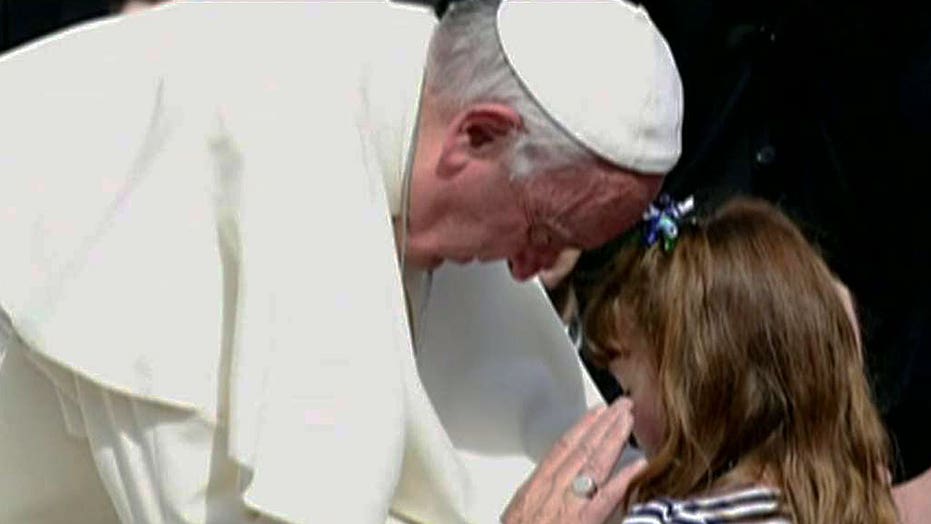 VATICAN CITY (AP) -- Pope Francis has blessed the eyes of a 5-year-old Ohio girl who suffers from a rare genetic disease that is gradually robbing her of her sight.

Little Lizzy Myers and her family had special seats for Francis' Wednesday general audience, and Francis spent several minutes with her at the end. He caressed her, hugged her, and placed his hands over her eyes. She gave him a meteorite chunk.

Lizzy doesn't know she suffers from Usher's Syndrome, which will take away her hearing and eyesight. Her parents have made a "visual bucket list" to show her as many things as they can before she can no longer see.

Her mother, Christine Myers, said afterward that Lizzy was "awestruck. She was totally big-eyed and it was a very powerful moment for her."