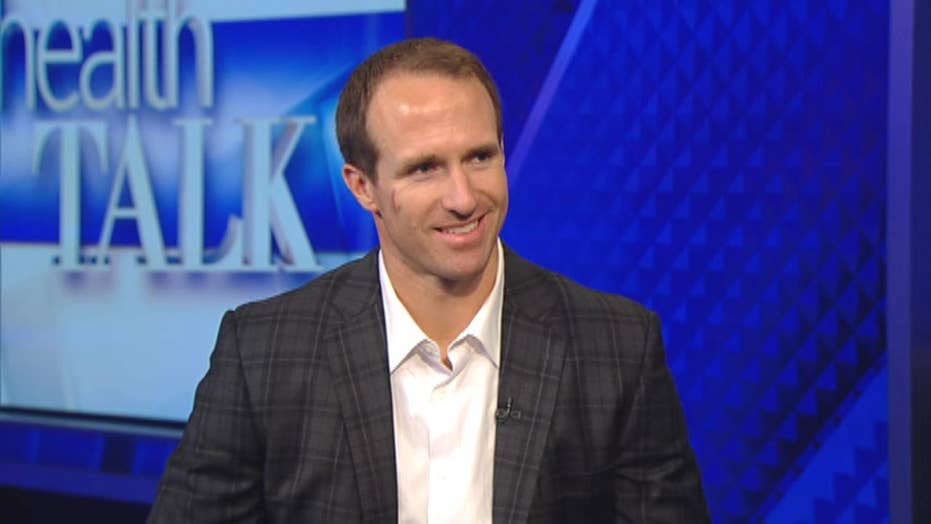 NFL star Drew Brees has seen firsthand what exertional heat stroke—or EHS can do to his teammates and young athletes. In fact EHS is the third leading cause of sudden death in high school athletes. He sits down with Fox News’ Dr. Manny to raise awareness on the life-threatening condition

Super Bowl champion quarterback Drew Brees knows all about the dangers of playing in the hot sun, having spent his youth practicing in the brutal Texas heat.  He even remembers the days when practices were split into two sessions per day and consisted of one water break — for the lucky ones.

“Literally you got like one water break a practice, and they would just  turn on a hose and it was basically who could get over there the fastest to get some water before they turned it off,” Brees, 38, told Fox News. “Times have changed in regards to that.”

TEEN DIES AFTER DRINKING TOO MANY CAFFEINATED BEVERAGES

Part of that change is an increase in public awareness about the dangers of dehydration and exertional heat stroke (EHS), which the New Orleans Saints’ 10-time Pro Bowler is helping to further spread awareness of by teaming up with Eagle Pharmaceuticals for a new campaign called The Heat Factor.

EHS can occur during strenuous exercise, work or recreational activities in particularly hot weather conditions. It causes the body's temperature to raise to dangerous levels and can be assocaited with organ damage or death. In addition to high temperature, symptoms include fainting, vomiting, dizziness, confusion and unusual behavior.

Through The Heat Factor, Brees wants “to create a safe environment for kids in the summertime as they’re engaging in activities and sports,” he told Fox News.

The father of four said he knows firsthand how difficult it could be to get kids to drink water while they’re running around outside, making education a big piece of the initiative. The Heat Factor website is outfitted with educational videos and tips on how to spot and treat EHS before it’s too late.

“[EHS] can sneak up on you very quickly — especially in the hot environments, and I think a lot of times kids won’t drink water unless you make them,” he said.

The awareness isn’t just for young athletes either, Brees explained. Adolescents and young adults involved in sports sometimes do not speak up when they’re physically uncomfortable. That’s especially true with regards to proper rest and hydration,  and this “warrior mentality” can put their health in grave danger. Brees said it’s important for athletes to recognize potential EHS signs and symptoms in their teammates and to talk about it.

“I’ve played long enough that I can tell when a teammate is not acting right,” he said. “Common symptoms of [EHS] would be dizziness, confusion, disorientation, becoming agitated, and things like that, and then you’re able to pull them aside and get them help.”

A hallmark of the campaign is educating others about the risks of EHS through the H.E.A.T. acronym: High Temperature, Exercises or activity, Acting confused, Time to call 911.