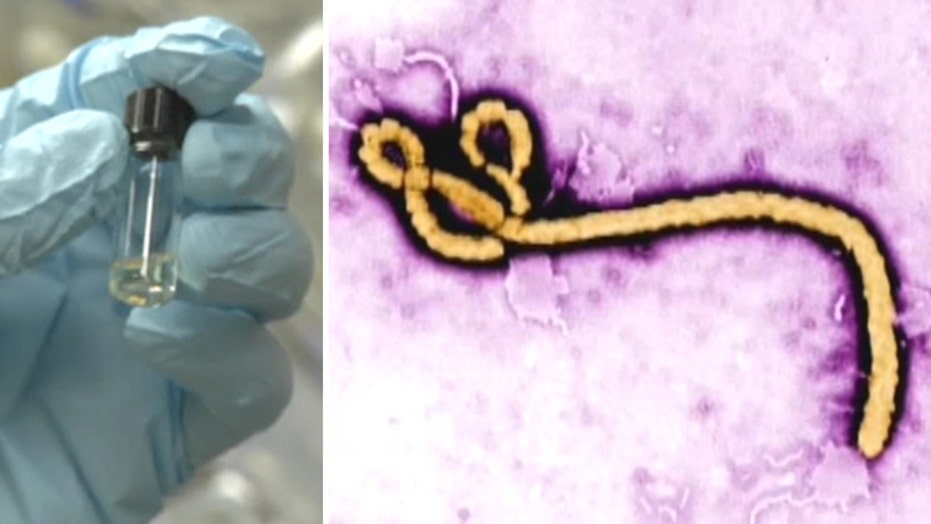 Will experimental Ebola treatment be used?

Cambridge-based biotech company Sarepta says it has an antiviral medicine that can cure a person of the deadly Ebola virus.

“Our goal is to make sure that the appropriate government agencies are aware of our drug supply,” said Diane Berry, vice president of Global Health Policy and Government Affairs at Sarepta.

Berry told Foxnews.com that Sarepta has enough of the AVI-7537 anti-viral to immediately treat two-dozen patients.

The company has other material in reserve that could treat an additional hundred patients -- but anything after that would require government funding.

The AVI-7537 anti-viral is not a vaccine. Rather, it’s a therapeutic medicine that’s given intravenously to a patient within hours of infection and for 14 days afterward.

“In the most basic terms, it prevents the replication of the virus in the host,” Berry said.

Sarepta hasn't been able to test the success rate of the drug on humans because of ethical concerns. However, Berry said 60 to 80 percent of animals who were given the drug survived the Ebola virus compared to 100 percent who died without it.

Berry said the drug itself has been tested on humans without the Ebola virus for adverse reactions and was “well-tolerated.”

Sarepta’s Ebola program dates back to 2004 when it delivered an early version of its antiviral to an army researcher who pricked herself with an Ebola contaminated needle.

The woman never developed symptoms, but it resulted in the Department of Defense giving Sarepta a $288 million advanced development contract to create serums for both Ebola and Marburg viruses.

However, in 2012 Sarepta’s Ebola funding was cut. Berry said it prevented their researchers from doing advanced studies that could answer more questions—including how quickly the AVI-7537 medicine has to be administered to an infected patient in order to be effective.

Berry said Ebola is largely thought to spread only by bodily fluids and historically outbreaks are limited to regions like Africa. However, she said viruses mutate all the time and some do question if it can spread by air.

“There is cause for some concern,” Berry said.