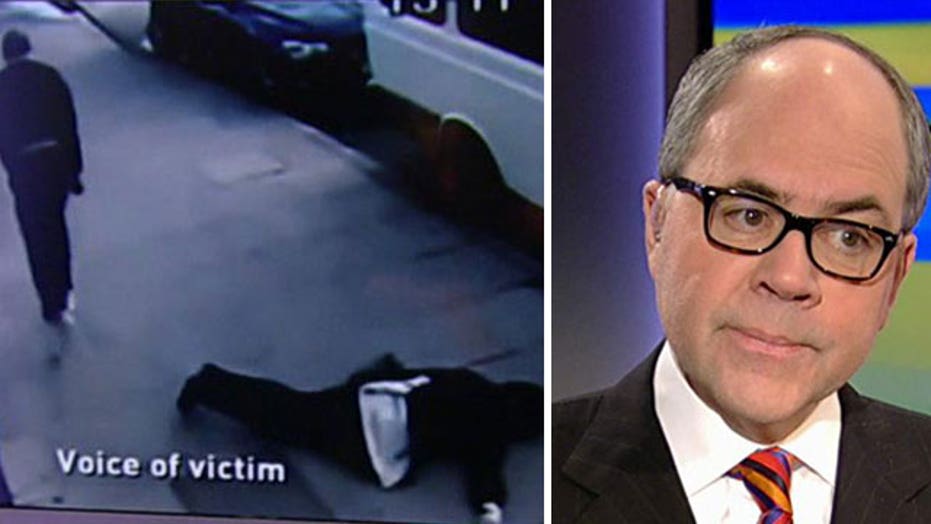 In several cities, including New York, Washington, D.C., St. Louis and Pittsburgh, teenagers have been participating in a "game" called "Knockout” – with sometimes lethal consequences.  The object of the game is to deliver a single blow to an unsuspecting person's head – generally a stranger – that renders that person unconscious.

This series of crimes should be of grave concern to anyone who has wondered whether the influence of technology, including video games, Facebook and the overuse of psychiatric medications, are leaving young people devoid of empathy and conscience, making them able to inflict even lethal violence on others without feeling any pain or pangs of guilt.

I have written before and will state here again that we are witnessing an epidemic amongst the younger generations, in particular.  Countless thousands have turned themselves into mini-reality TV versions of themselves on Facebook.  They have learned to pretend they are entitled and special enough to have followers on Twitter, and they have substituted texts for human words and touch.  Many have even stopped exploring their psyches and opted only for psychoactive medications to blunt their feelings.  And now, teenagers and young adults are now without the emotional connectedness that would prevent them from valuing others as more than avatars to be knocked out in the streets and left to die.

More than one young person has described the "Knockout" game as "fun."

But "Knockout" can't be dismissed as a game gone awry or a more terrifying equivalent of a mugging.  Because "knockout" doesn't involve theft.  It doesn't involve revenge.  Other than the cases in which one religion or race may seem to be targeted, the crimes aren't about hard feelings or hard times.  They are about the absence of feelings.

"Knockout" is a cousin of all the other senseless violence we are witnessing unfold around us--including school shootings, mall shootings and online bullying that prompts suicides.  All these horrific events require extreme detachment from feelings.  It is turning out – and will become even more apparent over time – that many human beings cannot build a wall between their virtual experiences and their real-life relationships and behavior.  The anonymity, sterility, fakery and violence that they experience online bleeds into real life and turns it into something of a video game as well.

Why else would teens tape themselves beating other people and then post the videos on YouTube?  Why else would they be shocked to be arrested, as though the intrusion of real police into their animated world was out of place?  Why do shooters at schools and malls tell authorities again and again that they were stunned to see actual blood pouring out of their victims?

This will get worse before it gets better.  The legalization of marijuana (even if it is defensible from a libertarian point of view, which I believe it is) will further deaden teens and adults to their emotional realities and to those of others. News of the use of drones to kill our adversaries anonymously (even though it is, indeed, an efficient means of confronting evil) will continue to suggest that international conflicts are much like a round of Dungeons and Dragons.

This runaway train of technology won't stop, so we had better figure out ways to deploy sensitization training that preserves human feelings like compassion.  Pets help.  Sports help.  Getting out of doors into nature helps.  Getting into psychotherapy helps.  Meditation helps.

Sooner or later, we will do something.  We’ll have to.  But if it is later, then we are going to see episodes of senseless violence on a scale never before known.