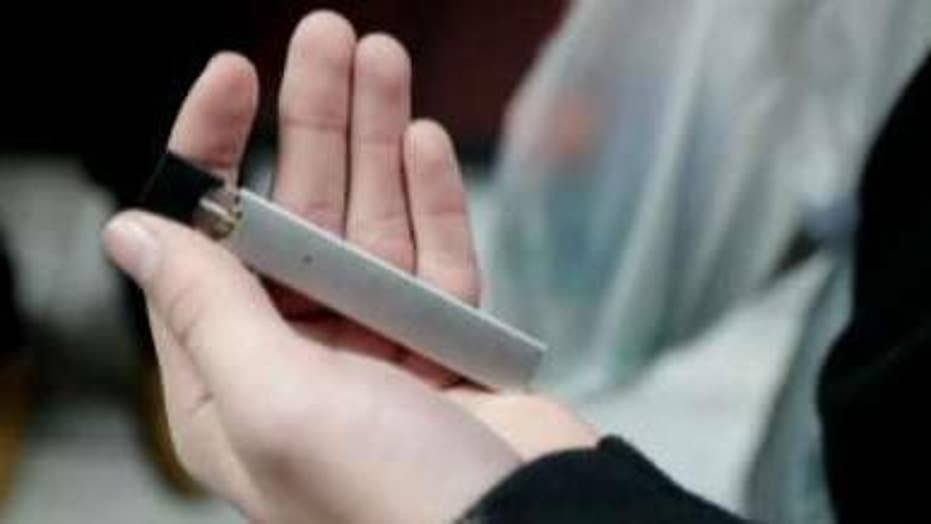 The family of a 12-year-old girl in New York is suing the nation's top e-cigarette seller, claiming their 12-year-old daughter became hooked on nicotine because of the manufacturer's mango-flavored product; Bryan Llenas reports on the lawsuit.

Juul Labs will stop selling fruit and dessert flavors for its electronic cigarettes.

The voluntary step announced Thursday is the company's latest concession as it tries to weather a political backlash blaming its flavored-nicotine products for hooking a generation of teenagers.

The move is unlikely to satisfy the company's critics. Juul will continue selling its most popular flavors: mint and menthol. Those products account for more than 60% of Juul's retail sales, according to analysts. They are also the most popular flavors among teens.

FILE - In this Thursday, Dec. 20, 2018 file photo, Juul products are displayed at a smoke shop in New York. On Thursday, Oct. 17, 2019, the company announced it will voluntarily stop selling its fruit and dessert-flavored vaping pods. (AP Photo/Seth Wenig)

The flavored pods affected by the announcement are mango, crème, fruit and cucumber.

Those flavors account for about 10% of the company's sales and were only available on its website. Juul pulled the flavors out of stores last November.