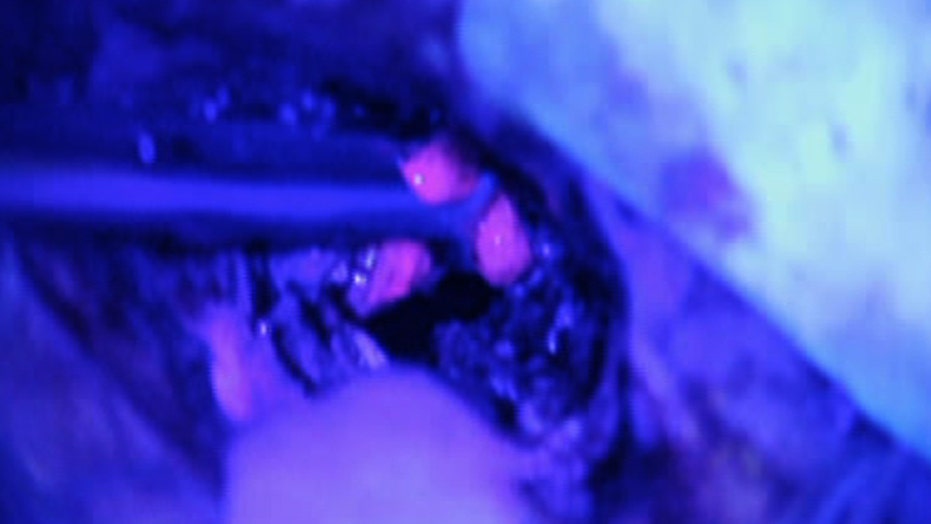 Surgeons at Mount Sinai – Beth Israel are using a substance called 5ALA, which patients drink before surgery so their brain tumors glow during surgery. This makes it much easier for surgeons to remove harmful tissue and save healthy brain tissues

Lily Snowden looks like any other young mother in the park with her son, but the 22-year-old has had two bouts with brain cancer, the first when she was 18 years old and the second— stage 3 anaplastic astrocytoma — when she was pregnant with now-15-month-old Oliver.

“Right when I was pregnant, they found out that the tumor had been growing and I didn’t know,” Snowden, of Fort Worth, Texas, said.

Doctors decided to wait to treat Snowden until Oliver was born and Snowden chose to go to Mount Sinai Beth Israel in New York City for the procedure. She chose the hospital because they’re currently doing a clinical trial on the use of 5-ALA, also known as Gliolan. 5-ALA, which stands for 5-aminolevulinic acid, is a substance that patients drink that is rapidly taken up into the blood, directly to brain tumors. It’s then metabolized into a compound that doctors can see with fluorescent lights.

Patients drink 5-ALA about three hours before surgery. In the operating room, surgeons shine a blue light on the tumor and the cancer tissue turns red.

The technique allows surgeons to resect more cancer and save critical parts of the brain.

“I think [it’s] a safer resection because we’re able to see the tumor in real time,” said Dr. Constantinos Hadjipanayis, a neurosurgeon at Mount Sinai Beth Israel and lead study author. “We can then understand its relation to other parts of the normal brain, so we can stay away from these critical pathways.”

After surgery, chemotherapy and radiation, Snowden is doing well. She’s in speech therapy because she can’t recall words as easily as before and must wear special glasses to help with glare after the surgery affected her vision.

“We worry,” Snowden’s mother, Laura Adam, said. “Her little boy is busy, so that’s another aspect. But she’s really been able to take care of him, except small intervals where she needed extra support.”

There are several centers in the country recruiting for this study. Patients must have a stage 3 or 4 brain tumor, either newly diagnosed or recurrent. Hadjipanayis noted that Gliolan has been used in other countries for meningiomas, brain metastases and spinal cord tumors.