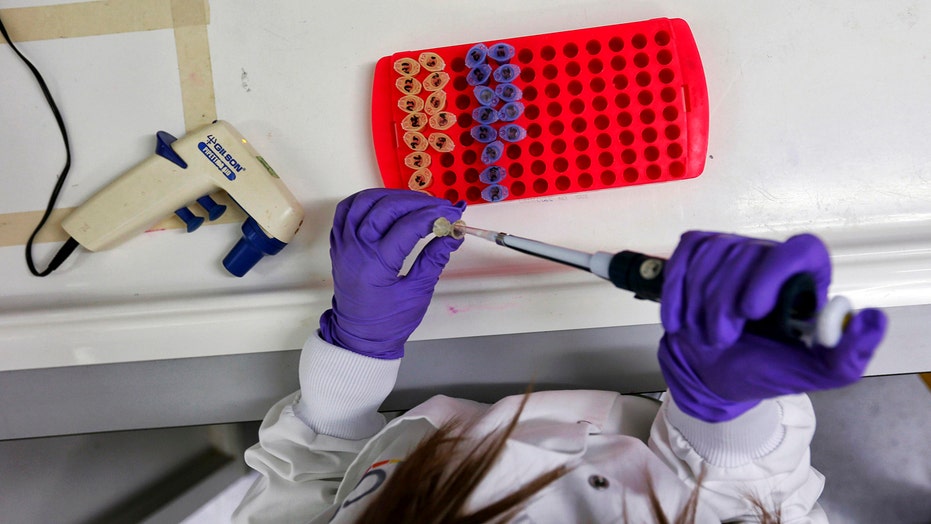 TRENTON, N.J. – Stepping into the furor over eye-popping price spikes for old generic medicines, a maker of compounded drugs will begin selling $1 doses of Daraprim, whose price recently was jacked up to $750 per pill by Turing Pharmaceuticals.

"We are looking at all of these cases where the sole-source generic companies are jacking the price way up," Baum said in an interview. "There'll be many more of these" compounded drugs coming in the near future.

The high price of prescription medicines in the U.S. — from drugs for cancer and rare diseases that cost hundreds of thousands of dollars a year down to once-cheap generic drugs now costing many times their old price — has become a hot issue in the 2016 presidential race.

News that Turing, Valeant Pharmaceuticals International Inc. and other drugmakers have bought rights to old, cheap medicines that are the only treatment for serious diseases and then hiked prices severalfold has angered patients. It's triggered government investigations, politicians' proposals to fight "price gouging," heavy media scrutiny and a big slump in biotech stock prices.

At the eye of the storm is former hedge fund manager Martin Shkreli, head of Turing Pharmaceuticals, scorned last month for buying rights to and then increasing by more than 5,000 percent the price of Daraprim, a 62-year old drug with no competition. The startup drugmaker paid Impax Laboratories $55 million in August for rights to Daraprim, which treats a rare parasitic infection called toxoplasmosis that mainly strikes pregnant women, cancer patients and AIDS patients.

“This product is now affordable to make. We can make it and turn a profit and we can take some of that profit and put it back into research for this disease,” Shkreli told Fox Business Network’s Maria Bartiromo on Friday, adding that 60 percent of the drug is sold for $1.

“I’m not too worried about our competition. I think our product is superior and patients will choose use our products,” he said of Imprimis Pharmaceuticals’s drug.

Shkreli told Bartiromo that the company received fast track designation for an epilepsy drug this week from the FDA.

When asked about political backlash to the price increase, Shkreli said he believed price caps would destroy the pharmaceutical economy.

“I think by putting price caps on drugs, politicians will inadvertantly, or intentionally, actually limit the interest of innovation, people will go to tech or energy or do something else with their money," he told Fox News.

Imprimis, which primarily makes compounded drugs to treat cataracts and urological conditions, will work with health insurers and prescription benefit managers in each state to make its new capsules and other compounded generic medicines widely available, Baum said.

"We're geared up. We're ready to go as soon as the orders come in," he said.

Compounded drugs are typically made to fill a doctor's prescription for an individual patient, sometimes because the mass-produced version is in short supply or completely unavailable and sometimes to allow for customized formulations or dosages. Compounders don't need Food and Drug Administration approval to do that, unlike drugmakers making huge batches of drugs on complex production lines.

Baum said Imprimis will produce its pyrimethamine/leucovorin capsules, using bulk ingredients from manufacturing plants approved by the FDA, at its own facilities in Allen, Texas; Folcroft, Pennsylvania; Irvine, California, and Randolph, New Jersey.

Turing's Shkreli, under fire from all sides, said late last month that he would lower the price of Daraprim, but hasn't so far. A Turing spokesman didn't respond to a request for comment Thursday but recently noted the company is capping patient copayments at $10.