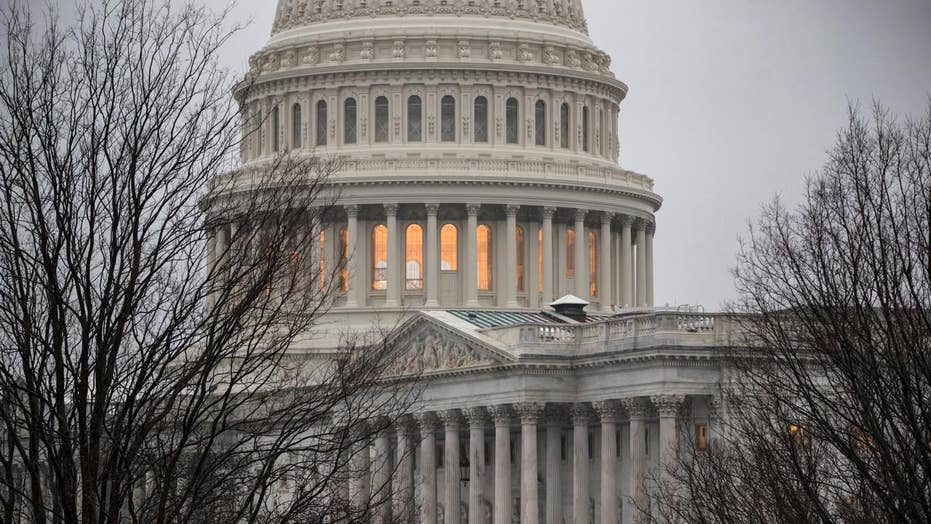 The battle-lines were drawn Wednesday on Capitol Hill in the high-stakes fight over ObamaCare, as President Obama and Vice President-elect Mike Pence huddled with their respective congressional allies to talk strategy for Republicans' repeal push.

While Obama urged Democrats to "fight" for the Affordable Care Act's survival, Pence assured Republicans that the Donald Trump administration will make the law's demise its "first order of business."

“It was a promise made on the campaign trail,” Pence said at a press conference after meeting with House Republicans. “The first order of business is to repeal and replace ObamaCare. … People voted for a better health care system, and we owe them that.”

The VP-elect sought to reassure supporters jittery about reports that party leaders could delay repeal efforts and that they have no replacement plan.

He also said the repeal process would be a “two-track approach,” with incoming GOP President Donald Trump using his executive powers, as leaders of the Republican-controlled Congress draft and pass the requisite legislation.

“It will be a legislative and executive action agenda to assure an orderly transition to something better,” said Pence, who with Trump takes office on Jan. 20.

He also said the incoming White House team is “already working on a series of executive actions.”

Sources also told Fox News on Wednesday that Pence said in the meeting that Republicans hope to have a repeal bill on Trump's desk by Feb. 20, one month after the inauguration.

Though Pence boasted Wednesday that Trump could start taking executive action with minutes or hours of being sworn in, he and House Republican leaders were peppered with questions about when the repeal process would be complete and why they don’t have an alternative health care plan.

“We have plenty of plans,” said House Speaker Paul Ryan, R-Wis. “We don’t want to pull the rug out on people. We don't want people to be caught with nothing.”

Ending ObamaCare without a substitute plan could result in as many as 20 million Americans losing their health insurance, which would be political disaster for Republicans.

Obama exited his 90-minute, closed-door meeting without comment but reportedly urged fellow Democrats not to "rescue" Republicans on what he suggested be called "Trumpcare."

New Senate Minority Leader Chuck Schumer said afterward that Obama and fellow Democrats had a “very inspiring” meeting in which they discussed a strategy to save ObamaCare, then blasted Republicans for their repeal-replace agenda.

“It would make America sick again, lead to chaos instead of affordable care,” the New York Democrat said. “They have no idea what to put in place of [ObamaCare]. They talked about repeal, but for five years they have nothing to put in its place.”

The visits come on the second day of the new, GOP-led Congress.

Trump replacing Obama at the White House in 16 days puts the GOP’s longtime goal of annulling much of the 2010 health care overhaul within reach.

Trump, despite his campaign vows to repeal the law, warned his colleagues on Wednesday not to let Democrats off the hook for a program he called a "disaster,” while warning them to be careful in their methods.

Those who voted for Trump and other ObamaCare detractors are already concerned about congressional Republican leaders saying after the election that they’ll need two to four years to implement a replacement plan.

ObamaCare was created as a way to drive down overall insurance costs by reducing emergency-care visits and other uninsured medical expenses.

However, lower-than-projected enrollment among younger, healthy Americans as well as doctors and insurance companies dropping out of the program have contributed to significantly increasing premium costs.

On Tuesday, as the 115th Congress opened, Senate Republicans took the first step toward repealing ObamaCare.

Sen. Mike Enzi, R-Wyo., introduced a resolution that begins the process for repeal legislation and calls for two House and two Senate committees to send over a legislative plan by Jan. 27.

He and other leaders of the Republican-controlled Congress are relying on a parliamentary maneuver known as “budget reconciliation” to dismantle the law because it avoids a Senate Democrat filibuster and requires only a 51-vote majority for passage in the chamber, not the 60-vote majority.

Trump has provided few specifics about how he would revamp the nation's $3 trillion-a-year health care system. Steps he and congressional Republicans have mentioned include greater reliance on tax credits to help people afford coverage.

And he has talked about keeping such provisions as allowing young adults to stay on their parents’ plan and providing access to coverage for Americans with pre-existing medical conditions.