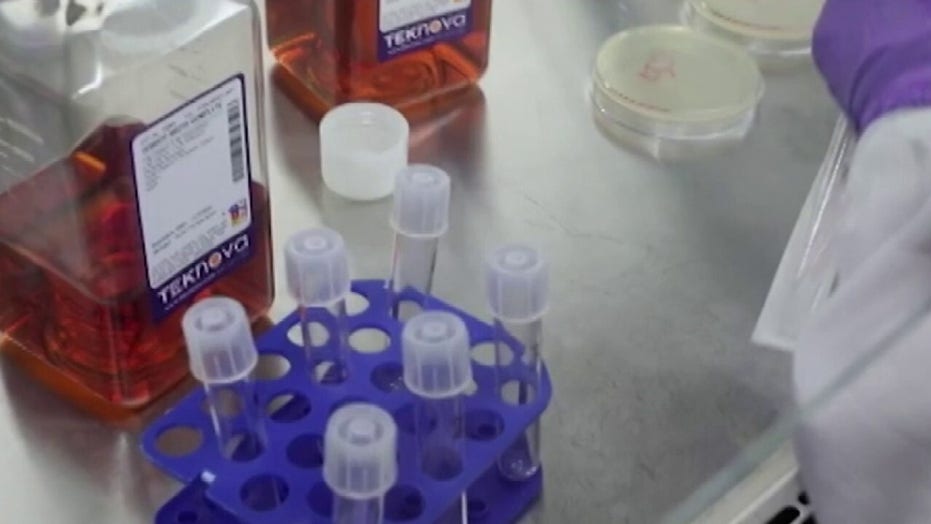 A 39-year-old former investment manager in Georgia was already facing federal charges that he allegedly robbed hundreds of retirees of their savings through a Ponzi scheme when the rapid spread of COVID-19 presented an opportunity.

Christopher A. Parris started pitching himself as a broker of surgical masks amid the nationwide scramble for protective equipment in those first desperate weeks of the outbreak, federal authorities said. Within weeks, Parris was making millions of dollars on sales orders.

Except there were no masks.

Law enforcement officials say Parris is part of what they are calling a wave of fraud tied to the outbreak.

Homeland Security Investigations, an arm of the Department of Homeland Security, is leading a nationwide crackdown. It has opened over 370 cases and so far arrested 11 people, as part of “Operation Stolen Promise,” according to Matthew Albence, acting director of U.S. Immigration and Customs Enforcement.

“It’s incredibly rampant and it’s growing by the day,” Albence said. “We’re just scratching the surface of this criminal activity. ”

Parris was on pretrial release for the alleged Ponzi scheme when he was arrested last month in what federal authorities say was an attempt to secure an order for more than $750 million from the Department of Veterans Affairs for 125 million face masks and other equipment.

“He was trying to sell something he didn’t even have,” said Jere T. Miles, the special agent in charge of the New Orleans office of Homeland Security Investigations, which worked the case with the VA Office of Inspector General. “That’s just outright, blatant fraud.”

Parris has not yet entered a plea to fraud charges and his lawyers did not respond to requests for comment from The Associated Press.

Nationwide, investigators have turned up more than false purveyors of PPE. They have uncovered an array of counterfeit or adulterated products, from COVID-19 tests kits and treatments to masks and cleaning products.

Steve Francis, director of the National Intellectual Property Rights Coordination Center, which is overseen by Immigration and Customs Enforcement, says authorities have tracked counterfeits flowing into the U.S. from 20 countries and for sale through thousands of websites.

“There are people popping up who have never been in the business of securing equipment on a large scale,” Francis said.

From his home outside Atlanta, he claimed to represent a company, the Encore Health Group, that had 3M respiratory masks and other protective equipment. At the time, there was a mad scramble for supplies that pitted state and local governments against each other.

As outlined in court documents and interviews, his pitch reached a company in Baton Rouge, Louisiana, that had previously done business with the state and was trying to help government agencies buy PPE. In late March, it contacted the VA, which was then dealing with a critical shortage of protective equipment.

The VA was suspicious of the price, about 15 times what it was paying amid the shortage, and alerted its inspector general, which brought in Homeland Security. That resulted in a sting that led to Parris.

“He had no means of producing any PPE,” Albence said. “It was just a scam.”

But it had some takers. Federal authorities say a Parris-controlled bank account received more than $7.4 million, with most appearing to come from unidentified entities trying to buy safety gear in March and April, according to court documents. He wired some of the money to accounts overseas, including more than $1.1 million to a Swiss company’s bank that authorities say may be a shell corporation.

The U.S. government seized more than $3.2 million from his accounts.

The Ponzi scheme was unrelated to the alleged attempt to defraud the VA but “is sufficiently similar to the conduct in this case that it is relevant to his plan, intent, and modus operandi,” according to a search warrant affidavit.

Miles said a person running a Ponzi scheme “is a special kind of criminal to begin with,” but a person “that will run a completely fraudulent scheme in the middle of a pandemic ... that rises to a whole other level of special criminal."

In the earlier case, Parris and his business partners are accused of defrauding about 1,000 people out of at least $115 million from January 2012 to June 2018 by persuading them to turn over their savings for what turned out to be nonexistent investments, according to the Securities and Exchange Commission.

Another member of the partnership, Perry Santillo, pleaded guilty to fraud in November.

As part of the alleged scheme, Parris and the others bought the businesses of investment advisers who were retiring and leveraged the trust those advisers had built up over the years to pitch bogus investments, with relatively modest returns, to their newly acquired clients.

Florida attorney Scott Silver, who represented some investors who sought to get their money back after the SEC shut down the operation, said Parris and the others spent most of it and there was little left to recover.

He wasn’t surprised that Parris had been arrested in the COVID fraud case. “He’s already facing 20 years in prison,” he said. “What’s he worried about?”

Parris, who was charged in the case in January, grew up in Rochester, New York, and worked as an insurance agent, owned a dry cleaner and got involved in local politics. He ran unsuccessfully for city council and said he was vice president of a local African American Republican committee.

“So many people that know me, you know, trust me,” Parris said in a 2015 hearing with the Financial Industry Regulatory Authority, which later suspended his broker license.

One of Parris’ alleged victims in the Ponzi scheme, Jane Naylon, said she took guitar lessons from Parris’ father, a reverend at a local church and lost $150,000 in the fraud.

Naylon said she attended a hearing in federal court hearing in New York this year and was dismayed when Parris was released on his own recognizance. When her daughter texted her the news weeks later that Parris had been charged for PPE fraud, she said she was in complete shock, but also pleased.

Parris is now jailed in Atlanta and is expected to be transferred to Washington to face charges in the VA case.