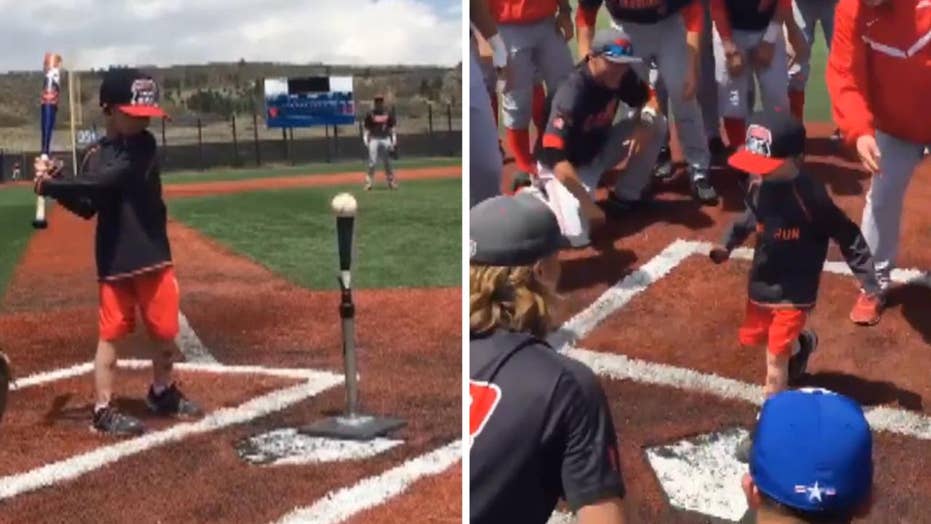 A 4-year-old fighting brain cancer hit a home run on Saturday, thanks to baseball players with the Air Force Academy and the University of New Mexico.

Lio Ortega, who has been diagnosed with a form of brain cancer called medulloblastoma, threw a ceremonial first pitch and hit a home run ahead of the May 12 game between the Air Force Academy and the University of New Mexico Lobos, Fox 13 reported.

Ortega's father, Manuel, told ABC News the experience was especially memorable for his son because “he loves baseball.”

"The hardest thing for us is... how do we maximize his time to give him great experiences? This was one of those [experiences] because he loves baseball," Manuel said. "He plays on a little league team, he loves the big kids, he loves the college kids. He wants to be one of them.”

"Everybody was crying, everybody was laughing. It was just overwhelming,” Manuel told the television network. “[Ortega] had a great time and as you could see, it was a hoot. When he gets to do things like this, it makes him happy because he's with his family."