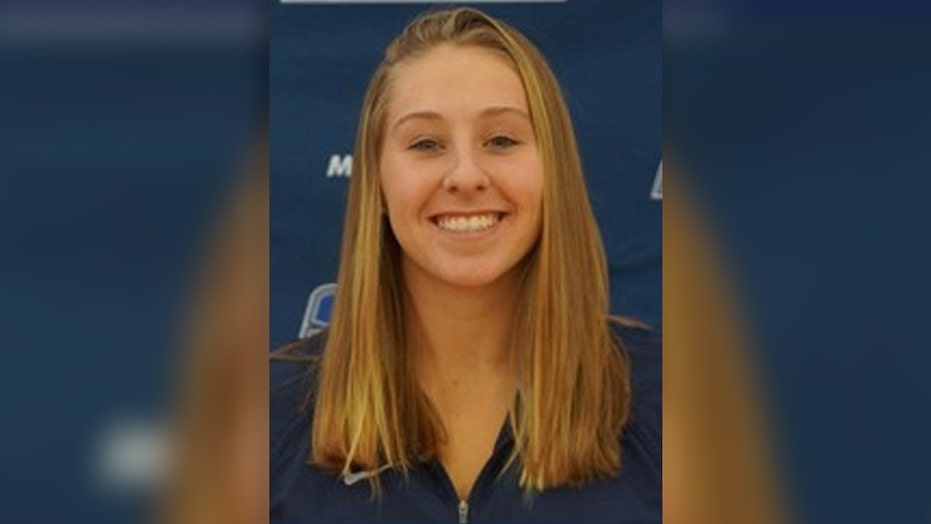 The family of the 20-year-old college gymnast who died following a tragic training accident said they are “confident that her spirit, laughter, and humor will live on through the ones who loved her most, as well as through the gift of life to those who needed it most through organ donation.”

In a statement released to WTNH.com, Melanie Coleman’s relatives said she “was and will continue to be our light and love.” They described the Southern Connecticut State University gymnast as loving and said they are “humbled” by the support they have gotten from their Connecticut community and beyond.

Melanie Coleman died from injuries sustained in a training accident after she slipped from the uneven bars.  (SCSU Athletics)

“She will be sadly and deeply missed by all those who crossed paths with her. The family asks for privacy during this time of healing,” the statement said.

Coleman, who was a team captain at SCSU and had been studying for a nursing degree at the school, was training on Friday at a Hamden gym where she was also an employee. Her former coach, Thomas Alberti, told the Hartford Courant that she suffered the injury after slipping from the uneven bars.

A university spokesman said the accident occurred during a “routine training exercise,” which Coleman had performed dozens of times before. A coach performed CPR before she was taken to Yale-New Haven Hospital, where she died on Sunday.

“We are heartbroken and stunned by Melanie’s passing,” Mary Fredericks, Coleman’s coach, said in a statement to WTNH.com. “She was an incredibly hard worker and a sweet-spirited young woman. Our thoughts and prayers continue to go out to her family at this time. The SCSU Gymnastics team will miss her greatly though she will always be with us.”