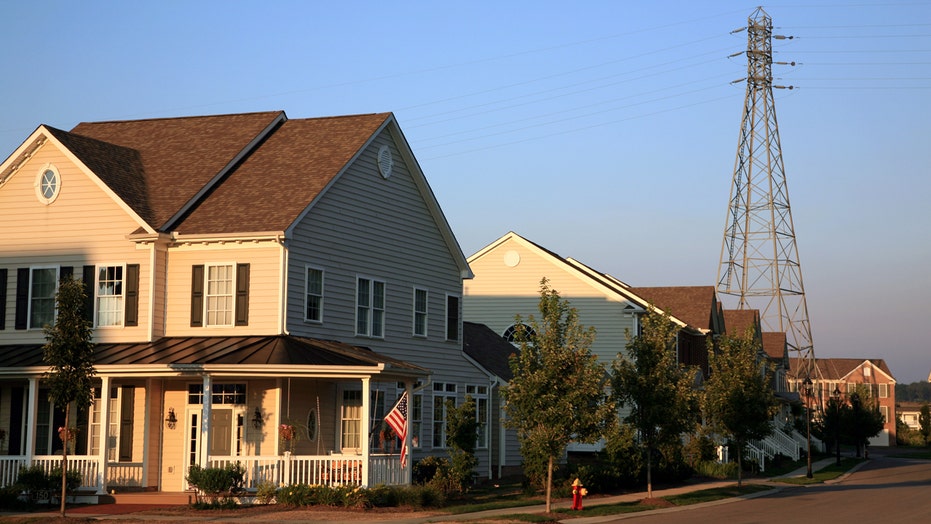 Can living near power lines cause cancer?

Q&A with Dr. Manny: I'm house hunting and came across a beautiful house that has huge power lines directly behind it. I've heard there might be a link between exposure to power lines and cancer. How worried should I be if I want to pursue this house?

Scientists and doctors are making medical advances in cancer treatment nearly every day. But the burden of cancer in the United States is still staggering. According to the National Cancer Institute at the National Institutes of Health, in 2016, an estimated 1,685,210 new cases of cancer will be diagnosed and 595,690 people will die from the disease.

While researchers continue to make strides in uncovering why one person develops the disease and another doesn't, many people may feel afraid and anxious of the unknown.

We got this question from a viewer:

Dear Dr. Manny,
I'm currently house hunting with my pregnant wife and came across a beautiful house that is almost perfect ... except for the huge power lines directly behind it. I've heard some studies show an association between exposure to power lines and cancer. How worried should I be if I want to pursue this house?
Thanks, Dan

Power lines produce low-to mid-frequency magnetic fields (EMFs). These types of EMFs are in the non-ionizing radiation part of the electromagnetic spectrum, and are not known to damage DNA or cells directly, according to the National Cancer Institute. However, some agencies speculate that they could cause cancer in other ways.

In 2002, the International Agency for Research on Cancer classified extremely low frequency magnetic fields (ELF-EMF) as possibly carcinogenic to humans. The classification was based on studies that showed a two-fold increase in childhood leukemia among children with exposure to high levels of magnetic fields in the home (above 0.3 to 0.4 µT).

Other institutions also err on the side of caution. A 1999 report by the National Institute of Environmental Health Sciences (NIEHS) states that "The scientific evidence suggesting that ELF-EMF exposures pose any health risk is weak,” but, the agency declares, “The NIEHS concludes that ELF-EMF exposures cannot be recognized as entirely safe because of weak scientific evidence that exposure may pose a leukemia hazard."

Dr. Regina Santella, a professor of Environmental Health Sciences at Columbia Mailman School of Public Health, said the general public may find these inconclusive findings confusing. But in the scientific world, researchers like to see strong evidence in animal and human studies before declaring a definitive association between two factors, she said.

“Some people believe in the precautionary principle. If you’re not sure, then you eliminate the exposure—that’s one reasonable way to go,” Santella told FoxNews.com. “But it’s complicated.”

The possible EMF-cancer link has been debated since the 1980s, said Dr. Boffetta Paolo, a medicine professor at the Icahn School of Medicine at Mount Sinai in New York.

“In the late ’80s, there were a few studies on childhood leukemia, a type of cancer which is common in children, that showed an association with very high exposure to EMFs,” Boffetta told FoxNews.com. “However, this was [from] a very high exposure, which is only present in about one percent or less of the population, and most people, even those living near power lines, have much lower level of exposure.”

Boffetta, also an associate director for Cancer Prevention at the Tisch Cancer Institute at Mount Sinai, said after these early reports, new studies were conducted with better methodology that did not confirm the association between cancer and heavy, very high exposure to EMFs.

“Several international and national agencies, including the World Health Organization, have reviewed the entire body of evidence and concluded that, under most circumstances, there is really no risk from exposure to EMFs,” he said. “The high exposure was mainly coming from the wiring configuration within the home, not really from outside the home.”

Boffetta said more research would be needed to confirm the merit of earlier studies’ findings under exceptional circumstances.

Although scientists are still studying how EMFs may influence cancer risk, experts like Santella and Boffetta argued home owners currently living near power lines should not be concerned.

“I probably would not be terribly worried other than the fact that they’re terribly ugly,” Santella said.