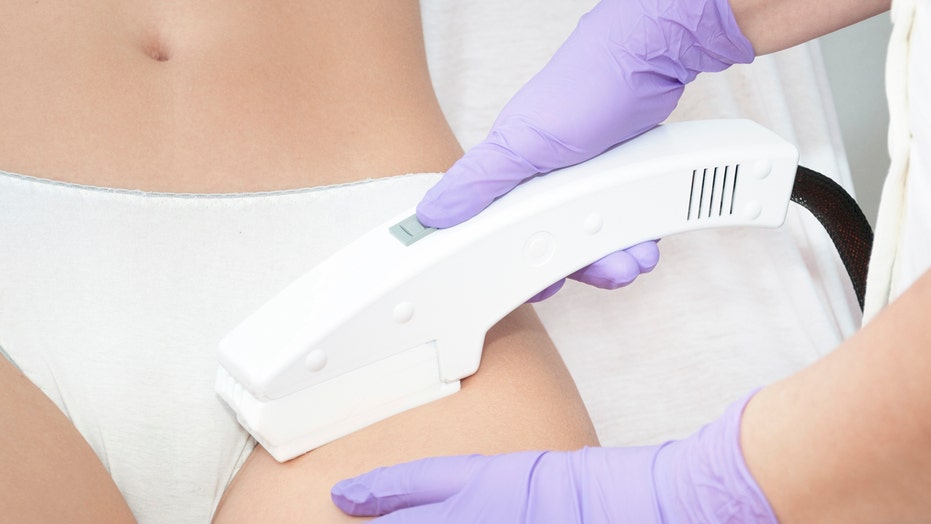 Can laser hair removal cause cancer?

For some women, laser hair removal treatments are worth the big price tag for smooth, hairless skin. The average price for laser hair removal is $289, depending on what areas are being treated and the number of sessions needed. But for others, concerns about the safety of the fuzz-free procedure may cause them to hesitate.

We got this question from a viewer:

Dear Dr. Manny,
I have my honeymoon coming up and I've been thinking about getting laser hair removal for my bikini line, but I'm a little worried about the radiation that's involved with it. Is there any kind of link between laser hair removal and cancer?
Thanks,
Annie

In terms of cancer risk, X-rays and gamma rays are the most dangerous and are known as high-frequency ionizing radiation. Although both types can come from natural sources like radon gas, they can also be manmade. For example, nuclear power plants create this type of radiation for nuclear energy, and medical imaging tests like CT scans use X-rays to produce pictures of areas inside the body.

When ionizing radiation passes through the body it can cause direct damage to a cell’s DNA and potentially lead to cancer later on.

“The light energy from these lasers actually remains superficially, it remains at the level of the skin,” Dr. Whitney Bowe, a dermatologist in New York City told FoxNews.com. “These lasers don’t cause DNA damage and they don’t cause DNA mutations.”

The pulses of light energy used in laser hair removal treatments are only designed to heat and destroy hair follicles. Although some women continue to be concerned about treating areas near their reproductive organs, experts say there is no additional risk.

“The light used does not penetrate beyond the depths of the hair follicle and internal organs are in no way affected, nor is fertility,” Dr. Konstantin Zakashansky, a gynecologic oncologist at The Mount Sinai Hospital told FoxNews.com.

As of now, no research has showed the light energy from hair removal lasers can cause cancer. But there are some risks involved like redness, scarring and discoloration in the treated area, Bowe said.

If a patient experiences some irritation after a laser session, several remedies can help soothe the treated area.

“Icing the area immediately following treatment is key-- cold milk compresses are amazingly soothing,” Bowe said. “Popping an Aleve or ibuprofen can decrease swelling and redness, but avoid Tylenol. If the redness lasts for longer than a few hours, be sure to tell your doctor so they can be more conservative with the settings at your next session.”

On average, it can take about six sessions to achieve lasting results, but Bowe encourages her patients to come in for touch-ups every two years for those stubborn strays that manage to survive or grow back over time.

“If laser treatments are too pricey, or the hair is not dark brown or black (and therefore not a good candidate for laser treatments), then go for shaving over waxing. Waxing has the highest risk of causing in-grown hairs that can be painful and even get infected with MRSA,” she said.

Do you have a health question for Dr. Manny? Please tweet it to @drmannyonFOX.