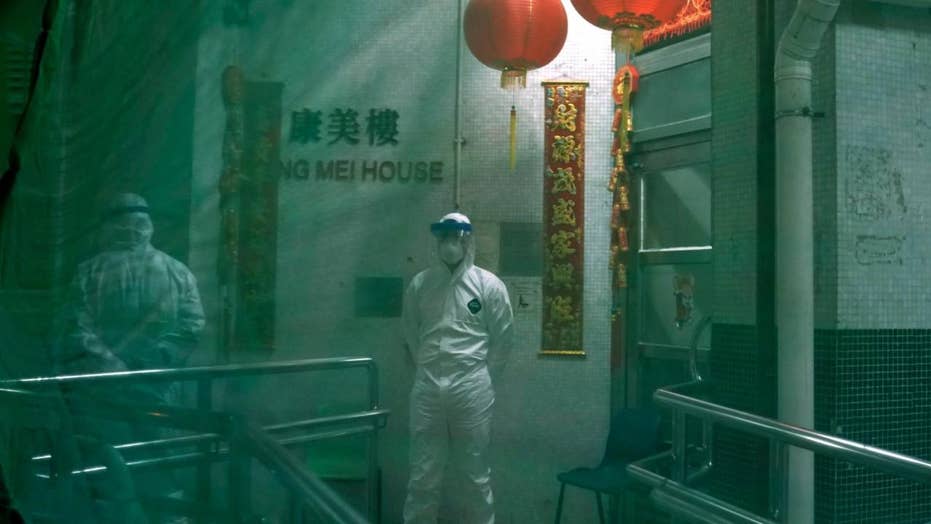 One of the evacuees who was transported from China to California last week due to coronavirus fears was diagnosed on Monday with the new virus, becoming the 13th known case on U.S. soil, reports said.

The patient left Wuhan -- the epicenter of the virus -- on a State Department chartered flight carrying 167 evacuees that arrived at Marine Corps Air Station Miramar in San Diego on Wednesday.

The patient is under observation and isolation at UC San Diego Medical Center and is "doing well," according to the hospital.

“CDC is conducting a thorough contact investigation of the person who has tested positive to determine contacts and to assess if those contacts had high-risk exposures,” the Centers for Disease Control and Prevention said in a statement, according to Reuters.

The evacuee was among four people -- three adults and one child -- who were taken to UC San Diego Medical Center with a fever or a cough, according to the CDC.

The CDC said all four patients had tested negative for the coronavirus on Sunday and were returned to MCAS Miramar, according to Reuters. However, on Monday, the CDC said that additional testing showed the patient had tested positive while in the 14-day mandatory quarantine.

Another patient was also transported to the hospital on Monday for evaluation and will remain there for further tests. It's not clear if they were part of the four people originally tested.

“Both patients are doing well and have minimal symptoms,” the medical center said per the news organization.

Nearly 540 U.S. nationals have been evacuated from Wuhan to the San Diego base. They have been subject to the CDC’s first public health quarantine in 50 years, according to Reuters.

It marks the seventh confirmed case of the virus in California and the first in San Diego County. Other cases in the US have been confirmed in Arizona, Wisconsin, Illinois, Massachusetts and Washington state.