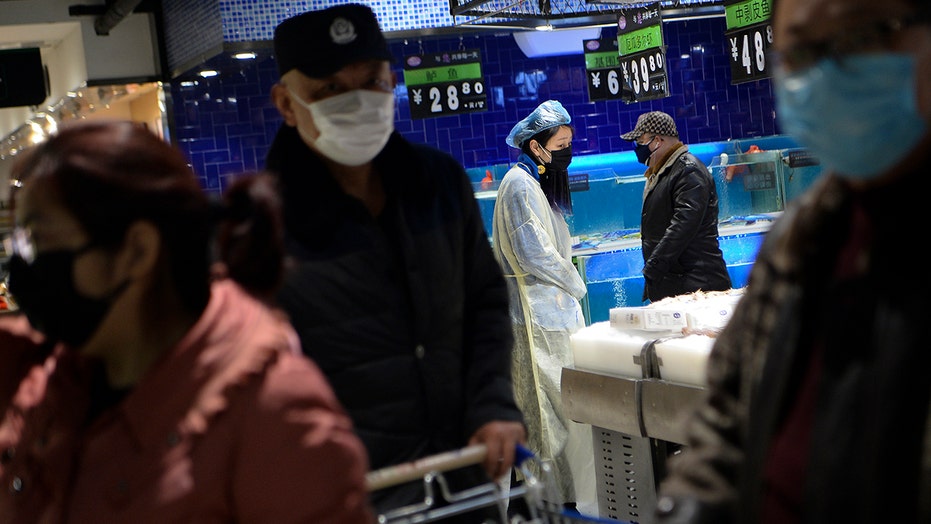 The death toll from coronavirus topped 1,000 and the daily death toll reached a record high of 100 on Monday, according to China's National Health Commission (NHC).

The World Health Organization said in a daily briefing that there are at least 40,235 confirmed cases of the virus in mainland China, where 99 percent of the infected people reside. There are also 319 cases in 24 other countries outside of China, including 12 in the U.S.

CHINA SEES RECORD INCREASE IN DAILY CORONAVIRUS DEATHS; AT LEAST 908 DEAD IN ALL

The epidemic has killed more people than the Severe Acute Respiratory Syndrome (SARS) outbreak in China in 2003, when 774 people died and 8,000 were infected.

Despite efforts by the Chinese government to contain the virus and international efforts to isolate patients, 66 newly infected people were discovered aboard a quarantined cruise ship in Yokohama, Japan, on Monday.

Altogether, at least 135 people who have been confined to the ship for over six days were taken off of the Diamond Princess and admitted to hospitals in Japan for treatment, including 23 Americans.  Most of the 3,711 passengers and crew on board have remained quarantined on the ship.