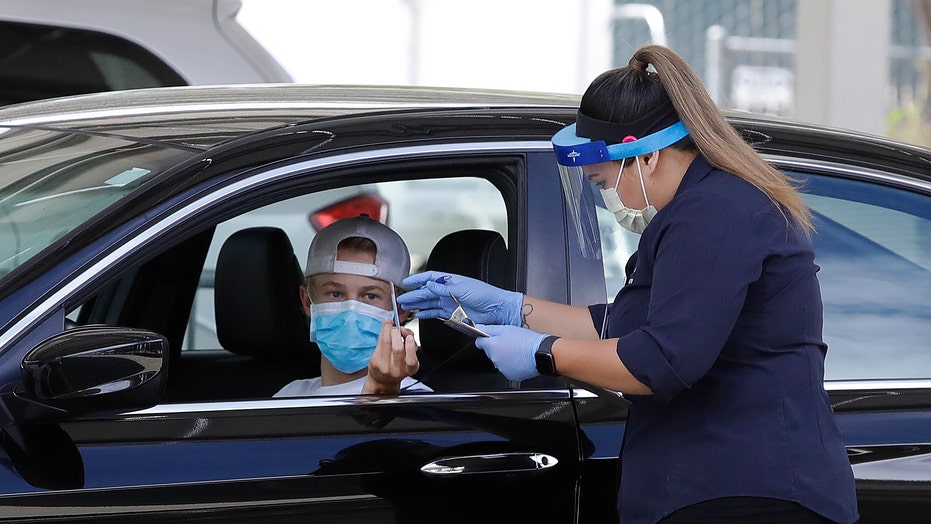 California surpassed 400,000 total coronavirus cases on Tuesday, with nearly 70 percent of those cases involving people under the age of 49, according to health officials.

The California Department of Public Health (CDPH) reported 9,231 new COVID-19 infections on Tuesday, which raises the state's total number of cases to 400,769 since the start of the pandemic. Of those cases, 276,023 are people under the age of 49, which is about 69 percent of those infected with the virus in California.

Although people within that age range make up two-thirds of the population in California, a large portion consists of children under 18 who make up just 9 percent of all cases. In comparison, people between the ages of 18 to 49 make up more than 60 percent of total infections in the state.

The state has now seen more than 120,000 new cases over the past two weeks, amid a recent surge in infections. As of Tuesday, the seven-day average of cases per day was up to 9,132, an increase of more than 700 from last week's average of 8,382 new infections per day.

The CDPH also released race and ethnicity data for all cases and deaths associated with COVID-19. Data showed that the Latino population makes up 55.6 percent of cases, followed by the white population at 17.5 percent. The Asian and African American populations make up 5.7 and 4.3 percent, respectively, of cases in California.

When compared to the percent of cases, the African American and White populations make up 8.7 and 30.7 percent of all deaths.

A health care worker takes information from a person at a COVID-19 testing center on July 21, 2020, in Pleasanton, Calif. (AP Photo/Ben Margot)

Hospitalization rates have increased roughly 15 percent over the past two weeks, the CDPH reported. There have been 6,536,932 tests conducted in California as of Tuesday, an increase of about 122,611 tests over the previous 24-hour period.

"As testing capacity continues to increase across the state, an increase in the number of positive cases has been expected – increasing the importance of positivity rates to find signs of community spread," according to the CDPH.