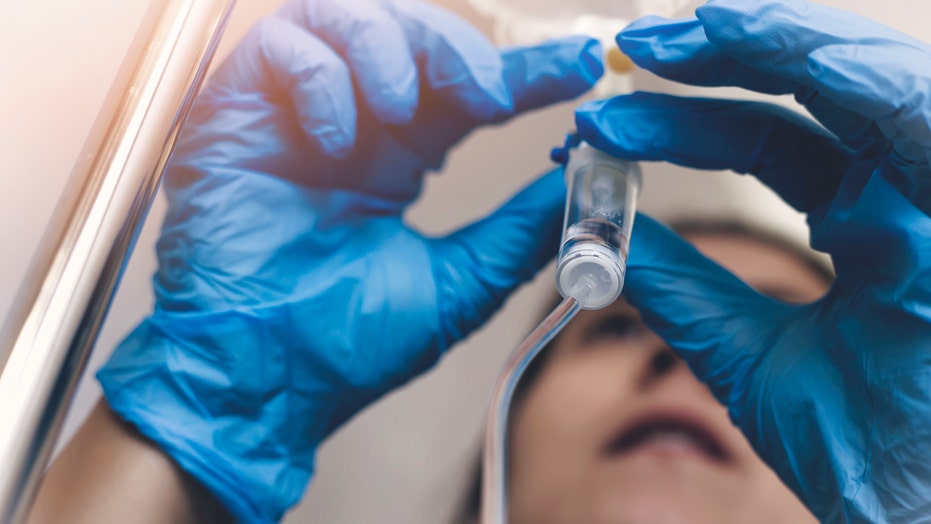 Samantha* had been a nurse for two and a half years before her use of controlled substances began. But when she started, it was an intravenous (IV) opiate right out of the gate.

“I skipped right over pills and went for the stronger medication because I felt that my medical knowledge would make trying something more dangerous and exciting somehow safer.”

It’s a point she said is worth noting because this type of drug misuse is more common among medical professionals as a result of access and comfort with needles and blood.

WILL POPPY SEEDS REALLY SHOW UP ON A DRUG TEST?

Still, it wasn’t like she set out looking to become an addict. In fact, the first time she took a controlled substance home from the hospital, she said, it was an accident.

“As I was changing out of my scrubs after returning home from my shift, I realized there was a leftover amount of IV pain medication in my pocket.”

She put the medication in her medicine cabinet, not initially sure what she was going to do with it. It stayed there for a week before she decided to take an insulin needle and inject herself with the medication, mostly out of curiosity, she explained.

“As the medication hit my bloodstream, I literally fell to my knees and felt like all the pain in my life was draining out of me. And that was it. That was enough for me to start down the path of ruining my career.”

Addressing addiction in the medical field

There was a time when healthcare workers were at greater risk of using controlled substances. “This was even earlier than the opioid crisis,” Kappel recently told Healthline. “But rates have evened out now, and healthcare organizations have done a much better job of proactively putting protective measures in place.”

But are they enough?

“Hospitals have come up with a multitude of protocols to avoid the abuse of controlled substances,” Samantha explained. “But they are extremely easy to get around.”

Most hospitals have a multifactor system for obtaining controlled substances. They require fingerprint scanning and codes to retrieve medication from a Pyxis machine where cameras are also usually present. A second nurse is supposed to witness and sign off on the fact that the medication was drawn up and any excess was appropriately discarded.

“However, it’s widely known that nurses are understaffed and very rarely do they have time to stand by and watch this protocol completion from start to finish,” Samantha said. “Particularly considering other staff ask you to witness their medication waste countless times a day.”

The other way medical professionals have found to get around these protocols, she explained, is by giving patients a smaller dose of medication than what’s been ordered. “For instance, 1 mg of morphine may be ordered for the patient, but an addicted medical professional can easily give them half the dose, saving the remainder for themselves.”

According to Dr. Leslie Zun, professor and chair of emergency medicine at Rosalind Franklin University of Medicine and Science and one of the founding members of the American Academy of Emergency Medicine, this type of access is rare and difficult.

“It would be hard for someone to get access to controlled substances in the hospital setting,” he explained. “Those substances are well-controlled and well-monitored. Someone would have to be doing something deceptive, illegal or inappropriate to gain that access. Of course, if there’s a will, there’s a way. But I don’t think hospitals are making it easy for drugs to be diverted like that.”

They may not be making it easy but, as Samantha points out, it’s certainly possible.

Samantha was able to continue her misuse of controlled substances while on the job for years, and at two different hospitals in two different states, before eventually being caught.

“A nursing colleague who was suspicious of a medication waste we did together alerted the nursing manager, and they opened a formal investigation within the hospital against me.”

She resigned before the investigation was completed, but the hospital still alerted the Board of Nursing.

“They offered to let me keep my license if I agreed to a multitude of stipulations, but after months of weighing all my options, I decided to give up my license,” she said.

At the time, she said, she was struggling through a severe depression. “I didn’t want to fight the long and expensive battle to keep a career that might lead me right back down the road of substance abuse.”

But through it all, she said, “I was never once subjected to random drug tests. Not even after I was suspected of abusing.”

To test or not to test

In fact, a recent episode of Fox’s “The Resident” highlighted the issue of drug misuse among hospital workers and pointed out that most hospitals do not randomly test their doctors and nurses.

“I think that what they’re usually using is fitness for duty evaluations,” Zun explained. “Most hospitals test upon hiring people, so they know they were clean then. And with random testing, you have to consider who you’re testing and why, when you’re going to do it, plus the cost involved. For most, it just makes more sense to do so only when there is an indicated reason for concern.”

“Hospitals need to be drug testing more frequently for accountability,” she said. “Our service members are tested because our country’s safety is in their hands, and yet, lives are in medical providers’ hands every day and hospitals choose not to drug test.”

Samantha’s argument is one that’s been made many times over the years.

The New York Times ran an op-ed in 2014 calling for the regular drug testing of hospital workers, highlighting patients who had been victimized by professionals who have a substance misuse disorder in the hospital setting.

But in the years since, no changes seem to have been made on a larger scale when it comes to more hospitals implementing random drug testing policies.

To an extent, Samantha said she understands why, explaining that if hospitals become aware of any issues, “They are supposed to launch an investigation into patient records, which should be kept private, to ensure no patient harm was done. This takes time and money that they just don’t have, so I understand their hesitancy to take action.”

But is that hesitancy putting more patient lives at risk?

Beyond the investigations that must be launched when it’s discovered a hospital worker is using on the job, the question of what to do next remains.

“Many hospital healthcare systems have wellness committees that offer assistance to people with substance abuse issues. There’s a lot of opportunities to get help,” Zun explained. “But first you have to admit you have a problem.”

However, he acknowledges there are barriers to that.

“Medical professionals know they are often risking their license by coming forward, and their ability to practice, even if they get help. Because then they are being monitored and watched,” he said.

That was one of the barriers that kept Samantha from coming forward when she wanted to stop using and get help.

“My greatest fear was that I would lose everything I had worked so hard for. I grew up extremely poor, put myself through college, and thrived helping others in the hospital. My workplace was where I had formed the majority of my friendships after moving to a new city. It was how I paid my bills. My career was a huge part of my self-perception. I knew that if I admitted how addicted I was, I would basically be destroying everything I had worked for,” she said.

According to Zun, even for medical professionals, the need to remove the stigma surrounding mental health issues and addiction in hospital settings is still great.

“There’s this inequity there. If you say you have diabetes, there’s no concern. You don’t have to explain that you can safely care for patients,” said Zun. “But if you say you’re bipolar, or a recovering addict, oh my goodness. Suddenly there’s this fear that you can’t take care of patients because you’re obviously impaired. I think there is quite a problem with that. It really doesn’t follow good medical practice.”

Kappel agrees that removing the stigma is one of the best ways to get medical professionals who have a substance misuse disorder the help they may need.

“If an organization has a well-versed policy in how they handle issues that arise, they regularly speak openly in internal meetings about the availability or resources and programs, and they encourage their staff to ask for help, it can make it easier for people to come forward,” said Kappel.

She pointed out this is especially true if hospitals actively let their workers know they’ll be able to keep their jobs, regardless of what job it is, once they’re well.

Samantha said she never felt as though any of that was available to her.

“I felt so alone and like I couldn’t talk to anyone without ruining my entire career. I wish that there were more support groups for medical providers in this situation, as well as a more successful path to getting treatment with the hope of still being able to continue to have a life and meaningful career after treatment,” she said.

Instead, all she really felt was shamed when the truth eventually came out. “The Board of Nursing puts out a newsletter that lists all the licenses of medical professionals that have had action taken against them,” she explained. “To me, this seemed like unnecessary public shaming.”

As she explained it, medical facilities already have the obligation to check licenses prior to hiring doctors and nurses. “So, putting out a newsletter for the community simply to shun someone who is already going through a lot, it just seemed really disturbing and counterproductive to me.”

Today, several years after losing her license, Samantha is sober and embarking on a new career path outside the medical field.

She said she’s happy and is doing well. “I’ve built up a strong support system, got married, had a baby, learned how to feel and function again in everyday life, and I recently landed an amazing job in the corporate world.”

But that doesn’t mean it’s all been easy.

“I’m still working on forgiving myself for the mistakes I’ve made, and I think that will continue for a long time. But I wake up every day and I try to be a better person than I was the day before. I try to remind myself of the successes so that I can quiet my fears and slowly rebuild my self-esteem. It’s a process, but I’m not giving up.”