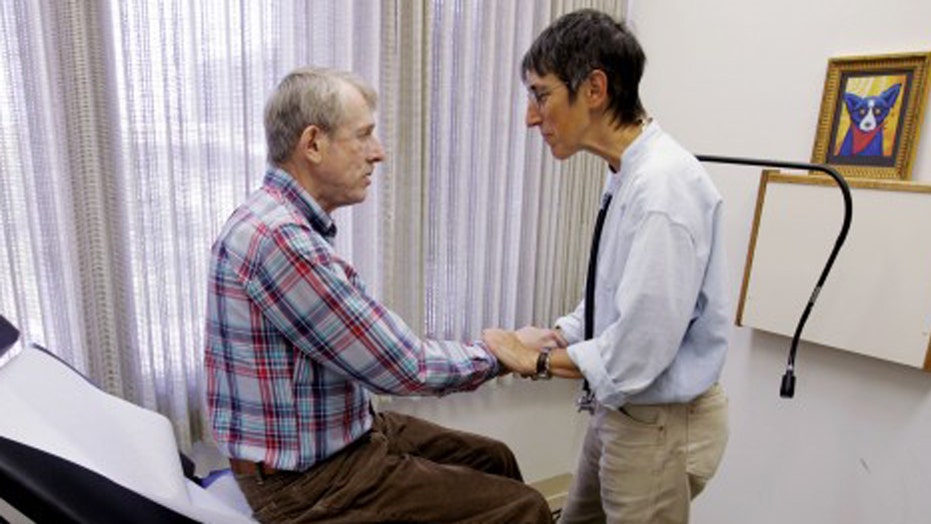 Protect your best interests with 'The Patient's Playbook'

The rules and regulations in health care can often overwhelm even the most seasoned medical professional. One man has decided that a team approach may be the best way to get healthy and protect personal interests.

"Americans do a great job of planning for vacations, for retirement, for saving money for a kids education. But it's a rare person I've met who plans for a serious diagnosis,” said Leslie Michelson, author of “The Patient’s Playbook.”

“Before we get sick, everyone has a notion that there’s a health care system out there that’s suddenly going to spring into action to support them,” Michelson said. “Unfortunately, that’s not the case.”

Michaelson wrote his book after getting treatment for a rare disease himself, and today he has made it his mission to help others get the best care possible— no matter how much money they have.

“That person should be your health care quarterback,” he said.

Next, know your own medical background and communicate the information with all your doctors.

Michelson suggested collecting and organizing your medical records to be prepared if an emergency arises.

“Record your family medical history,” he said. “We’re increasingly learning the importance of genetics and heredity in disease, and your physicians will benefit from having that information.”

If you need a hospital, don’t write off the top ones because you aren’t in the Fortune 500.

“Most Americans live near major cities. Every major city in the country has a respected academic medical center and some have many of them,” Michelson said. “Generally, those hospitals are in network for Medicare, and all the major carriers and their staff physicians are in network, as well.”

Finally, assign a family member or friend who can protect your interests.

“Think through who in your life— loved ones, friends— you want to be your health advocates, because it’s not safe to go into a hospital without somebody representing you,” Michelson said.

The more control you take over your health, he added, the less you’ll worry about any issues related to your care.