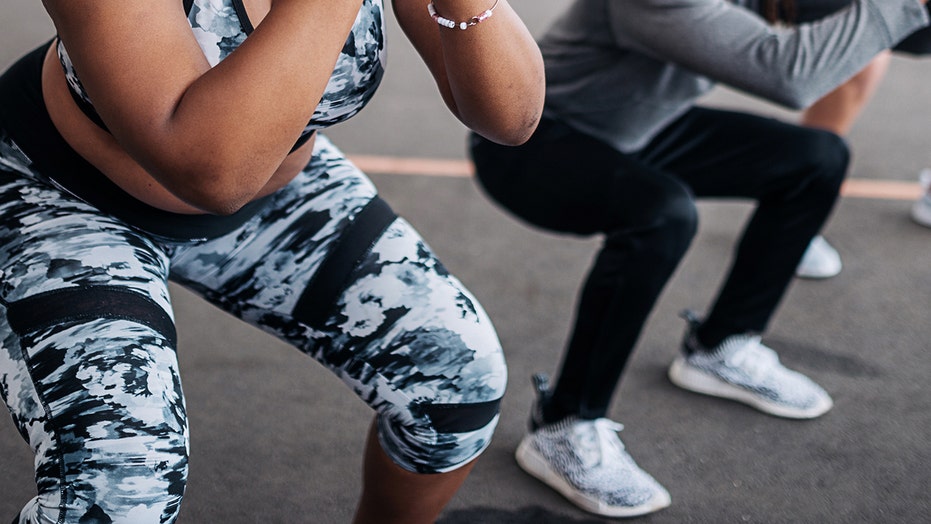 Two teenagers in China ended up in the intensive care unit after doing too many squats, chinapress.com reported.

That's not a euphemism; "squats" are not a new designer drug you're unaware of (at least we don't think they are?). The two teen girls were literally squatting over and over again, 1,000 times apiece, in a contest to see who could flex their glutes the longest.

Both girls won, apparently, agreeing to a ceasefire after their reps reached quadruple digits. However, about two days later, they both lost.

One of the girls reported intense soreness in her legs and found she was unable to bend them. When she saw that her urine had turned brown, she had her boyfriend take her to the hospital. The girl was diagnosed with rhabdomyolysis, which is basically an extreme version of what already happens in the body after physical exertion, Dr. Bruce Cohen, a medical officer for the FBI, told Live Science.

Anytime you go on a long run or lift weights, your muscles break down, sending a protein called myoglobin through the bloodstream and to your kidneys, which filter them out. In fact. If you were to measure the amount of muscle protein in your blood after a 5-mile run, say, it would certainly be higher than before you began, he added. The difference is that with rhabdomyolysis, your kidneys can't handle the sheer quantity of dead muscle fibers. [27 Oddest Medical Case Reports]

"The kidneys get gummed up, and they start to fail," Cohen said.

Tang and her friend were lucky: Normally, "by the time you're peeing brown, it's too late," Cohen said.

The girls were transferred to intensive care soon after their diagnoses and hooked up to IVs to help clear the protein from their system.

For couch potatoes, rhabdomyolysis is no reason to buckle down on a refusal to exercise. First, the condition is rare, Cohen said. But more importantly, training as an athlete or at least exercising consistently is probably one of the best ways to avoid rhabdomyolysis. That's because that working out may help you become more in tune with your body and recognize when you might be overexerting yourself. Plus, athletes have a steady training regimen that slowly builds upon itself. It's the weekend warriors — those folks who sit at a desk all week and then head out for monster training runs come Saturday — who really need to be careful, Cohen said.

That's probably what went wrong for these two young women, Cohen added. Squats aren't inherently dangerous. One thousand squats might even be safe for a person who is trained to handle that level of exertion. But when competition leads you to ignore your physical limits, that can become dangerous, Cohen added.

Rhabdomyolysis can also develop due to trauma, heatstroke or the use of certain drugs, Live Science previously reported. But for young people, overexertion seems to be a common cause. In 2018, a 17-year-old boy was hospitalized with rhabdomyolysis for five days after one strenuous, 90-minute weight-lifting session (he had not worked out for several years before the incident, the boy said). Another teen was diagnosed with it in 2015 after completing two strenuous football practices in the same day.

In the end, the best way to avoid this condition is simple: First, be aware of the potential consequences of overexertion, Cohen said. But most importantly, "Listen to your body," he added, "don't be stupid."

10 facts every parent should know about their teen's brain

10 bizarre diseases you can get outdoors