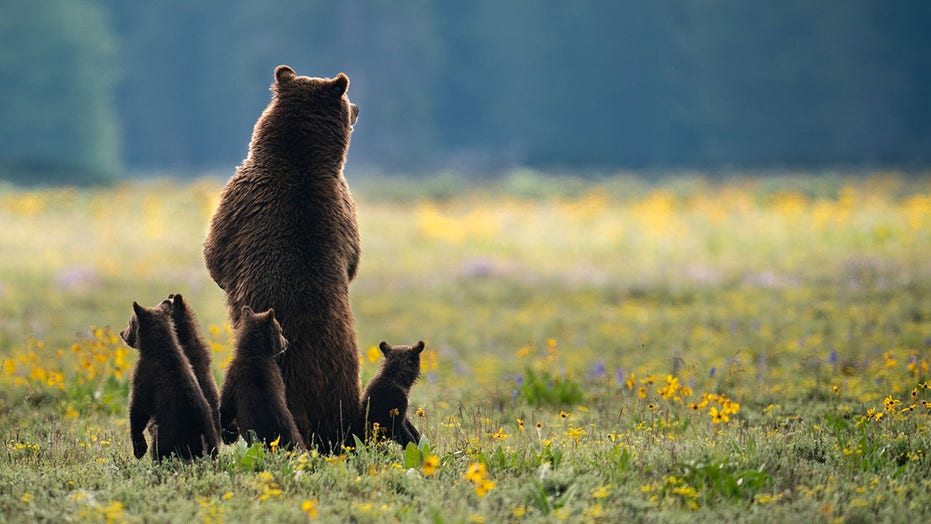 Never mess with a mother bear.

A nature photographer captured the moment that one of the oldest known living grizzly bears noticed another bear getting a little too close to her cubs. The image shows the protective mother standing up on her hind legs while her cubs hide behind her.

Photographer Kunal Singh snapped the picture in Grand Teton National Park in Wyoming, Southwest News Service (SWNS) reports. According to the photographer, he had originally planned on just taking some "nice pictures" that day when he came across the scene.

RESERVATIONS ARE NO LONGER REQUIRED FOR YOSEMITE NATIONAL PARK

"My adrenaline was going when I saw her stood up, because it was a once-in-a-lifetime shot," he told SWNS. "She's an incredible animal, an apex predator, and the most famous grizzly bear alive. I went out with the aim of getting some nice pictures, but I never could have hoped to get anything that good."

He continued, "Moments like that are really as good as it gets. It was one of the most memorable scenes I've photographed, without question. I was snapping as many photographs as I could, so I didn't stop to look at them, but when she stood up, I sensed I'd captured something special. Just seconds later, she ran off with the cubs in tow, so it was a fantastic moment to capture."

The photo was taken in June of last year.

The bear in the photo is known as Grizzly 399, who is one of the oldest known grizzly bears living in the United States. She has raised at least 16 cubs and, as Fox News has previously reported, has spent much of her life in the public spotlight. She was last spotted last year, when she would have been 24 years old. Most grizzly bears die before the age of 25.