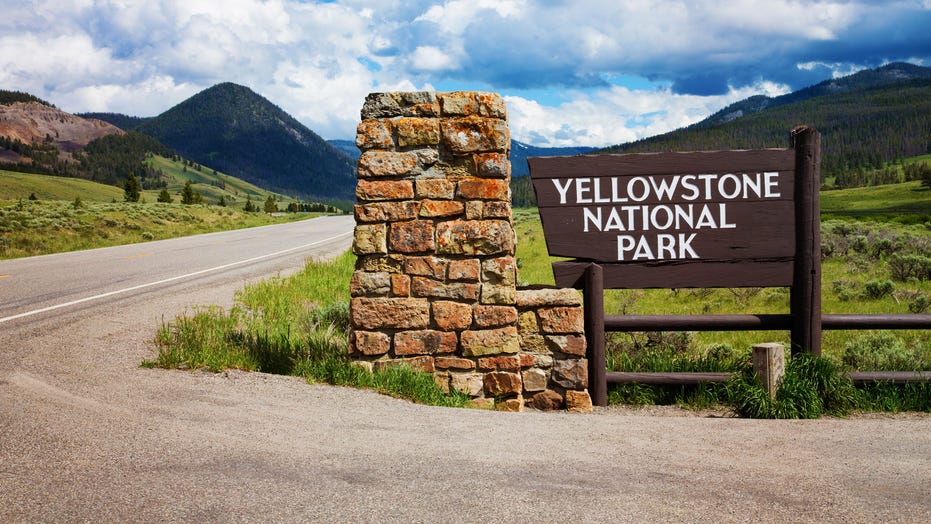 They grow up so fast.

Nature lovers and photographers were thrilled in mid-May when one of the most famous wild bears in the country was spotted emerging from hibernation. Despite the bear’s relatively older age, she’s still staying active, as the four new bear cubs walking beside her would indicate.

The 24-year-old grizzly bear, simply named 399, was first spotted this season by nature photographer Thomas Mangelsen in Grand Teton National Park near Yellowstone National Park, The Guardian reports. Apparently, animal experts observing the bear were worried that due to her age, 399 may not survive the winter.

HUNTER IN HAWAII CAPTURES PYTHON; OFFICIALS CAN'T EXPLAIN HOW IT GOT ON ISLAND

When Mangelsen spotted 399, he texted Dr. Jane Goodall — a fellow fan of 399's — to inform her of the bear's whereabouts. “Miraculously, she still lives!”

According to the National Wildlife Federation, grizzly bears in the wild can live up to 30 years, but most die before the age of 25. It's even rarer that they continue to reproduce at older ages.

The photographer has since been publishing photos of the bear and her cubs to Facebook. In one, he even noted that "Grizzly 399 stands to get a better look at the growing crowd of bear watchers" who have been hoping to catch a glimpse.

"Her cubs are growing quickly, as they are noticeably bigger than when they first emerged a couple of weeks ago. Happy Friday! Be well," he ended the recent post.

Since her initial appearance, 399 has been spotted several additoinal times with her cubs, making her a favorite among tourists and bear enthusiasts alike.

The grizzly population in Yellowstone was placed under protection by the Endangered Species in 1975. Over her lifespan, 399 has birthed at least 22 cubs. Not only that, but she has also spent much of her time raising the kids in view of the public, making her an important animal in changing the public’s perceptions of grizzly bears.