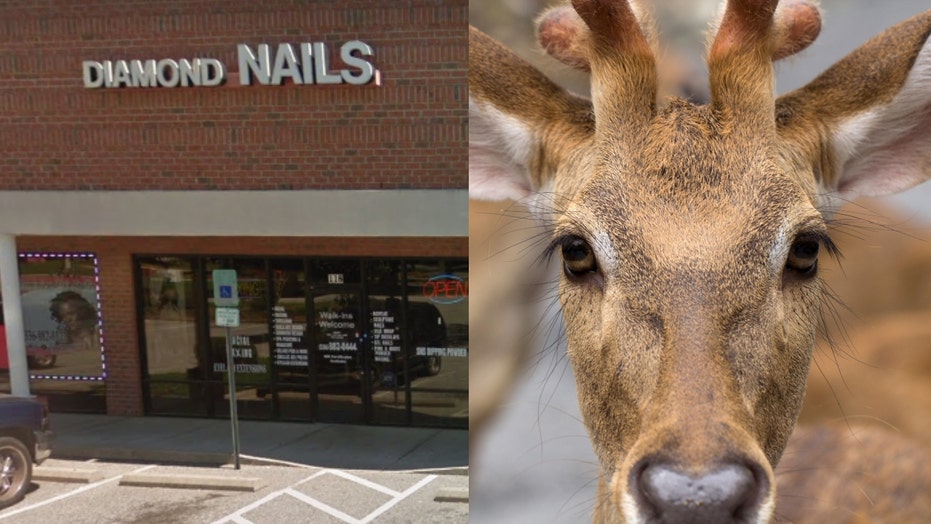 If you’re looking for a nail salon that doubles as a butchery, you just may be in luck.

A North Carolina student’s photo of a nail salon employee allegedly butchering a deer in the middle of the store has gone viral.

HUNTER SAYS SHE GETS DEATH THREATS FOR PICS WITH DEAD ANIMALS, DESPITE USING MEAT TO FEED FAMILY

“Shut them down ASAP,” one person commented. “They have broken code and health regulations that probably didn’t even exist.”

“Could you even imagine how nasty that would be. Like here is your deer sausage with a side of acrylic,” another Facebook user wrote.

“That is so unsanitary,” another person commented. “So cool she knows how to do it but that can cause a lottt of health department issues for her.”

Diamond NAILS refused to comment on the incident, according to WBTV. (Photo: Google Maps)

Taylor said she never visited the salon before but did report what she found to the North Carolina Board of Cosmetic Art Examiners, according to WBTV.

The local station said it reached out to Diamond Nails, but they refused to comment about the incident.