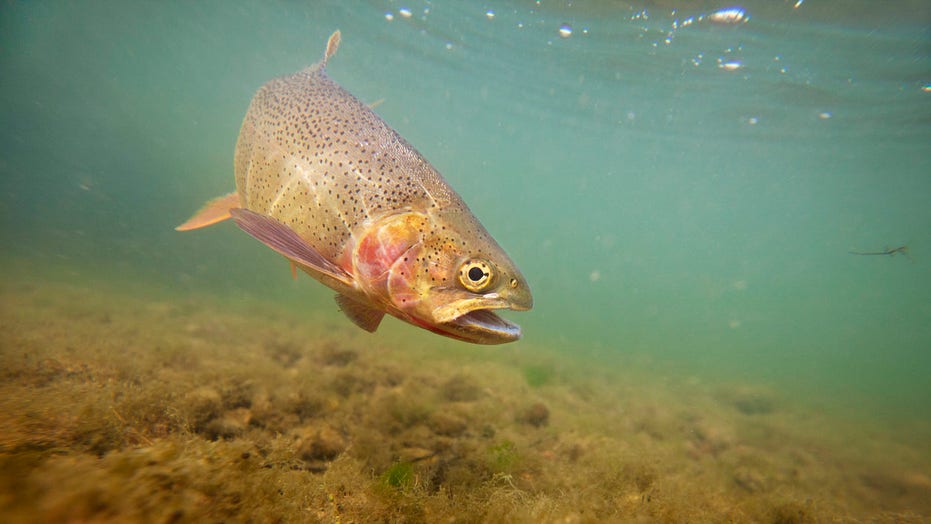 Even kids can catch trophy fish.

A young angler recently caught a fish most grown-ups would be excited to reel in. While it wasn’t quite a state record, it was still an impressive catch considering the fisherman’s age.

Tyler Grimshaw, a 10-year-old from Utah, pulled in a 41-pound lake trout from Flaming Gorge National Recreation Area, Fox 8 reports. The area is reportedly a popular place among anglers as a high number of trout are caught there weighing more than 30 pounds.

According to the news outlet, the Utah state record for largest trout caught is 51 pounds, 8 ounces.

RESTAURANT RECEIVES '1 IN 30 MILLION' ORANGE LOBSTER, WILL DONATE TO AQUARIUM

The Utah Division of Wildlife Resources shared photos of Grimshaw with his catch, writing, “Ten-year-old Tyler Grimshaw recently caught this 41-pound lake trout at Flaming Gorge — caught and released by himself.”

The photos show the young man sitting in a boat with his catch, which looks like it’s almost as big as he is.

While the catch isn’t quite a record, it’s still an impressive feat for Grimshaw. When it comes to fishing, however, records are still being set all the time.

Fox News previously reported that the Pennsylvania Fish and Boat Commission has confirmed that an angler set a new record after catching a catfish in late May. Not only is it the largest catfish caught in the state, it’s reportedly the largest fish of any kind caught in Pennsylvania.

Jonathan Pierce caught the 56.3-pound fish during a trip to the Schuylkill River on May 24. He described the fish to the news outlet as looking like “a torpedo.”