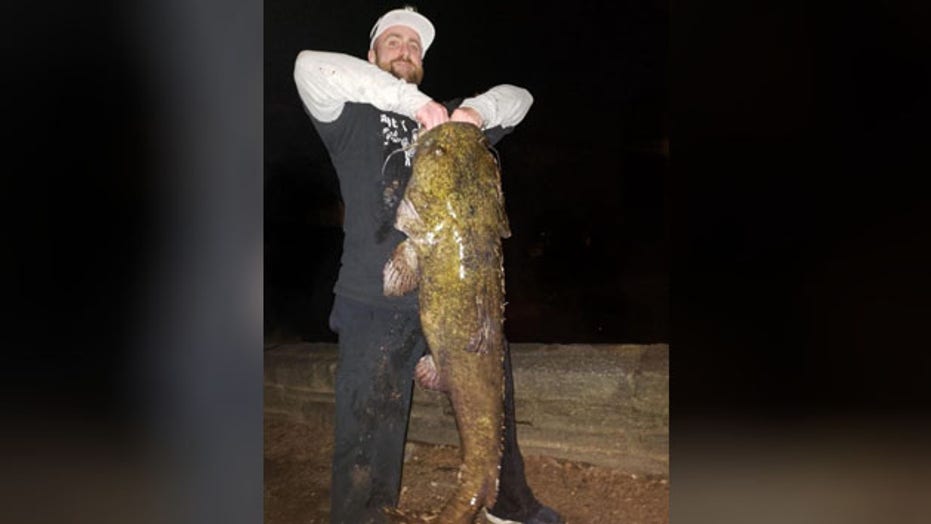 This is officially a big fish.

The Pennsylvania Fish and Boat Commission has confirmed that an angler set a new record after catching a catfish in late May. Not only is it the largest catfish caught in the state, it’s reportedly the largest fish of any kind caught in Pennsylvania.

Jonathan Pierce caught the 56.3-pound fish during a trip to the Schuylkill River on May 24, Penn Live reported. He described the fish to the news outlet as looking like “a torpedo.”

RESTAURANT RECEIVES '1 IN 30 MILLION' ORANGE LOBSTER, WILL DONATE TO AQUARIUM

According to Pierce, the fish put up a good fight.

“In all the years I've been fishing for flatheads, the fish did something I had never seen,” he said. “It surfaced, and then ran away from me into a pile of rocks and just stuck there. It was panic mode.”

Pierce said he eventually eased the tension on his line, luring the fish out of its hiding spot. After about five minutes, he was able to net the fish on the river wall (with help from his girlfriend).

The fish was taken to an official weigh station, where it was recorded as weighing 56.3 pounds. Pierce contacted state officials, who came and verified the weight in person. After, all Pierce had to do was fill out some paperwork and then wait for the good news.

“I consider it the catch of a lifetime," he said. "I do think the record will be broken again soon, probably from the Susquehanna River. The one piece of advice I would give to others going after the record is to have a plan once you catch the fish. It takes a lot of work and it's stressful, but it was worth it.”