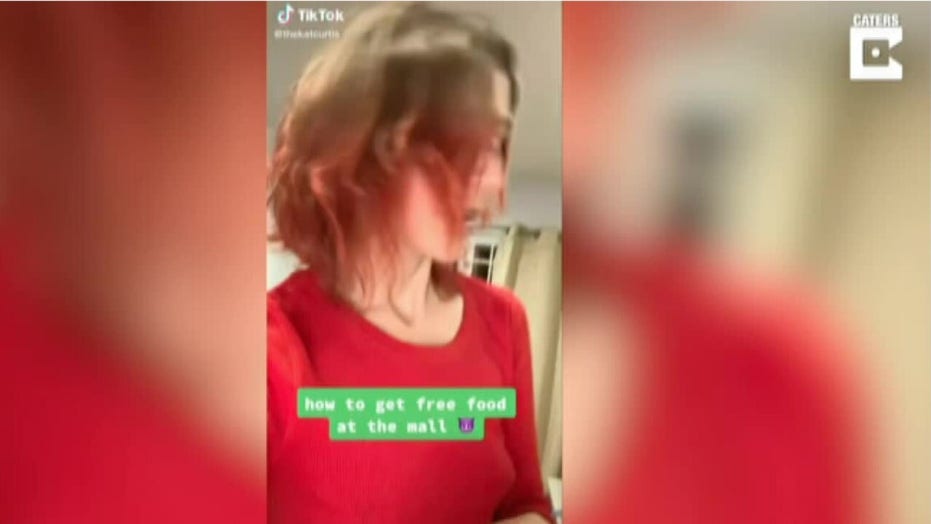 One California social media blogger went to some extreme lengths to get 'free' food on ‘TikTok’. See how she was able to snatch some snacks from unexpected shoppers.

A daring social media blogger went to extreme lengths to get “free food” and laughs while at a California mall.

In a set of hilarious videos, Kat Curtis filmed herself at the Glendale Galleria mall literally snatching snacks from other shoppers while riding the escalators.

“How to get free food at the mall,” Curtis says in a compilation of videos originally uploaded on TikTok.

In the first video, she grabs a handful of french fries from out of a man’s container of fries while riding on the opposite side of the escalators. The man looks back up at her in total shock and continues doing so when he reaches the bottom of the escalators.

The second video shows Curtis taking a bite of a woman’s unidentified food. The woman screams in horror and asked, “What was that for?”

The daring thief tried her luck again in a third video, only this time she takes a bite of what appears to be a burger.

The videos have been widely shared on the Internet, with one version getting as many as 5 million views on Twitter.

Twitter users found the video to be both shocking and hilarious, particularly one victim’s facial reaction, which was turned into its own meme.

“He’s trying to remember the face cuz there’s no way such disrespect is going unpunished,” one person tweeted.

“It’s all fun and games until one night you see him making the same face outside of your window,” another Twitter user commented.


Most people, however, were convinced the viral video was all a stunt.

“I call this a huge cap. who going down the escalator with fries pointed away from him...” one Twitter user wrote.

“They for sure know each other bcuz the Brother didn’t react, at all. We play a lot but not about our food, so No way this was random,” another said.