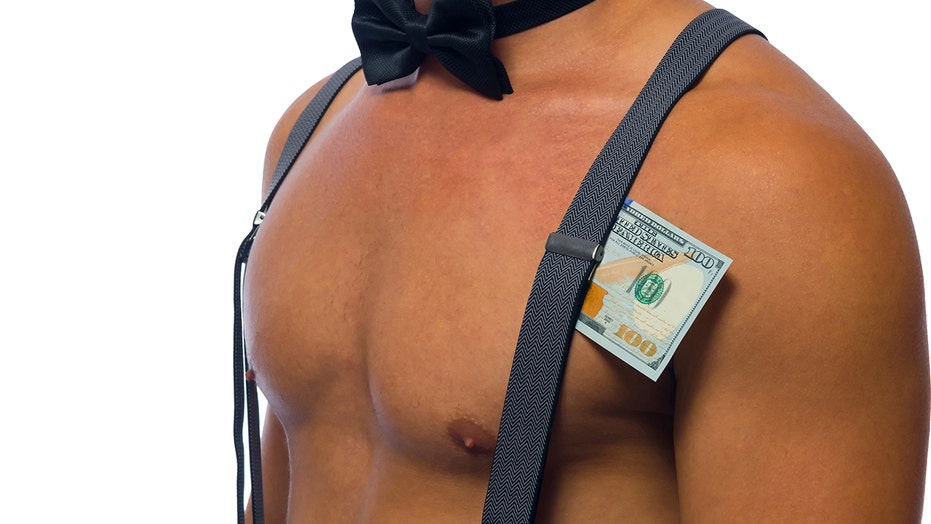 Well, this is weird.

The owner of a bar in San Francisco reportedly left his business to pursue his lifelong dream of being a male exotic dancer.

Customers were left shocked after a letter apparently taped on Kozy Bar's entrance door claimed it was no longer open for business after the owner unexpectedly picked up and relocated to Las Vegas so that he could make his stripping aspiration a reality.

The owner of Kozy Kar bar in San Francisco apparently left his business to pursue  his 'dream' of being an exotic male dancer. (Photo: iStock)

JENNIFER LOPEZ ADMITS SHE CONSIDERED STRIPPING BEFORE CAREER TOOK OFF

In the letter, the staff informed the public about the “bizarre” turn of events.

“2020 has been a bizarre year already for the Kozy Kar. The owner has walked away from the bar to become an exotic dancer,” the typed letter said.

The letter also included a text message the owner allegedly sent to the staff.

“I’ve wanted to be a male dancer since I was in diapers. I’m 50 years old and think that the time is now. It may same crazy to you, but I believe that it’s never too late to pursue your dreams,” the owner apparently texted. “I’ve taken years of pole dancing lessons. My moves are incredible, my routine is magical.”

The letter also paraphrases lines from the 1997 movie “Boogie Nights,” which not-so-ironically is about a young nightclub dishwasher who becomes a popular adult film star.

“I see my name in bright blue neon lights with a purple outline,” it continued. “And this name is so bright and so and so sharp that the sign, it just blows up because the name is so powerful, it says ‘Sam Young, Chippendales dancer.’”

A picture of the sign was shared by a Twitter user who wrote, “Someone make this man's life story into a movie pls.” A photo of a similar, but different note claimed the owner also "turned over control" of the business to his pet dog named Dixie.

Twitter users couldn’t get enough of the hilariously strange story.

“Holy gd crazy pants I would go watch this straight-to-Netflix nightmare of a film,” one person tweeted. “Especially if it included how Kozy Kar came to exist in the first place, and everything else.”

Another Twitter user commented: “50 year-old men chucking it all to become an exotic dancer is the kind of energy we need for 2020.”

One Twitter user wasn’t buying the story, suggesting it was all a ploy to lure new customers.

“Kozy Kar is pretty dope, betting this is for advertisement's sake,” the person wrote. “That owner's always had a pretty interesting sense of humor lolz.”