“It's definitely changed our business model,” says Matt Cronin, the founder and head brewer of Astro Lab Brewing in Silver Spring, Md., of the coronavirus closures that have rapidly pushed his company toward a new strategy.

Between 2010 and 2018, American craft beer sales doubled. But COVID-19 has brought many American breweries to their knees. The closing of taprooms and brewpubs across the country has meant an average decline of 65 percent in sales. Across America, small business owners have had to get creative to keep themselves afloat, and the brewing industry is no exception. Online sales and direct-to-consumer delivery have sustained these brewers, and some say they’d like to see these changes stick.

“We're going to be pushing for a broader rethinking of delivery and shipment as necessary,” Bob Pease, CEO and president of the Brewers Association, told Fox News a day after meeting with Secretary of Labor Eugene Scalia.

When Pease and Scalia met last week to discuss how his members are holding up, Pease said the conversation focused mostly on the "now." However, when it comes time to reopen, the Brewers Association is ready to stand behind state guilds and members as they fight to make coronavirus-prompted regulate easements a permanent fixture of the industry.

The most impactful alleviation has been direct-to-consumer delivery, with some states fast-tracking permit approvals and others releasing the requirement altogether. In an April survey of its members, the Brewers Association found that over 50 percent of members found that the most helpful policy changes centered around market access, meaning greater to-go, delivery and direct-to-consumer rights.

“We don't agree with that, because you know, we've seen how the wine industry has been able to do that for over 20 years, and they've achieved near-universal direct to consumer shipping rights around the country," Pease said.

Pease points out that most wines have higher alcohol content than most beers, and the lack of any crisis caused by coronavirus easements proves that whatever differentiation between wine and beer is negligible as far as shipping policies are concerned. 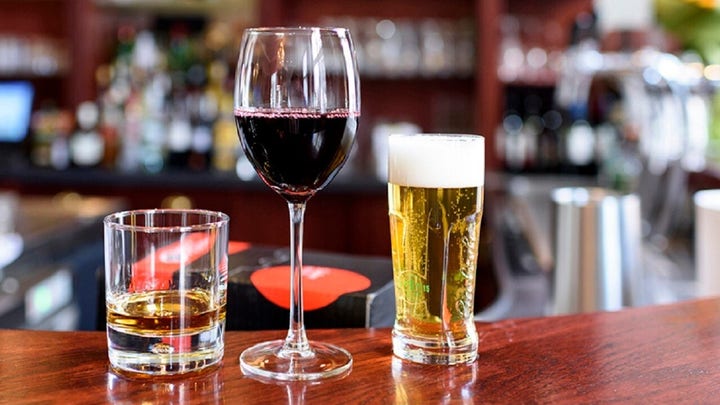 “If you want to keep these breweries in business, we need to find ways to get the beer to the beer drinker,” Pease said.

Cronin, of Astro Lab Brewing, has already predicted that the new online-ordering model will likely stay. His business partner, Emma Whelan, designed and launched their online ordering system overnight using a feature of their point-of-sale (POS) system. By taking all payments ahead of time, they created a completely touch-free pickup transaction and will begin processing orders for direct delivery on May 14.

"Certainly, having an online forum to buy and purchase beer has been, again, like something new for us, and I believe that will definitely stay and be part of our future,” Cronin forecasted.

Cronin admits that the pickups may involve more interaction once social distancing restrictions are lifted, but called the addition of the online platform "huge" for his brewery and insisted that any additional ways of getting product in his clients' hands helps — coronavirus crisis or not.

In Washington, D.C., the Alcoholic Beverage Control Board began permitting similar purchasing platforms in 2014. But according to Meth Gunasinghe, the lead brewer of 3 Stars Brewing Company, few took advantage of their new rights until COVID-19 closed down their taprooms.

Gunasinghe said that despite the limitation of delivering only within the District’s borders, their new system has been embraced by both regulars and newcomers. "We've seen a lot of support, especially once we started doing delivery, people [are] choosing to buy, you know, our beer instead of going to the grocery store and getting a six-pack of macro lager. So we're really lucky to be a part of this community and have a bunch of fans that are still supporting us.”

Pennsylvania Rep. Mike Kelly, co-chairman of the House Small Brewers Caucus, told Fox News that "time is of the essence" to get reopening standards right, but setting those benchmarks is in the hands of the states.

“Small business people usually find a way to survive, when they're given a set of standards to actually comply with," Kelly said.

Beer is a highly volatile product. Its freshness matters more than in other alcoholic beverages, and timing plays a key role in brewers' business models. It may seem obvious, but in order to ship or deliver beer, it must first be packaged. For many like Astro Lab and 3 Stars Brewing, the only solution has been to can everything.

“Nothing -- not a drop of beer -- is going into a keg anymore. It's just going straight into cans,” Cronin said. "This is kind of the way that we see it's going to be for the foreseeable future.”

“If you want to keep these breweries in business, we need to find ways to get the beer to the beer drinker,” Pease said, adding that companies like Wild Goose Filling that provide small canning lines, have seen an uptick in sales as brewpubs and taprooms attempt to transition away from draft pours. Wild Goose tells Fox that sales of 'the Gosling' their new, smaller scale canning machine have quadrupled expectations. "Most of our customers are seeing increased off-premise sales and plan to add more can options to their long-term sales strategy," said Alexis Foreman, co-founder of Wild Goose.

Astro Lab’s canning line arrived a month before coronavirus closures were announced. “If we didn't have this canning line, I think it would be a struggle to get to the end of this, to be honest,” claimed Cronin.

“That's the only format that we can still sell,” Gunasinghe explained of cans -- and bottles. Prior to the coronavirus, midsize brewers like 3 Stars mostly packaged beer in cans for distributing to grocers, liquor stores, bars and restaurants. But restaurants and bars have shuttered, and distributors are playing it safe, reducing the number of SKUs they carry, and keeping orders to "core" brands and beers.

Pease said his members are looking for alternative ways to offload those non-core products, like seasonal or experimental recipes. Gunasinghe shared that his brewery is looking at this as an opportunity to strengthen their already strong local partnerships by developing a subscription-based Community Supported Beer (CSB) program. (Thanks to relaxed regulations, canning allows small brewers to subsidize the loss on-premise sales with deliveries, while also allowing for the creative repackaging of specialty products.)

Brewers Association data also suggests that for distribution-focused breweries, such as 3 Stars, production has had to scale back over 50 percent; this subscription-based program gives 3 Stars an outlet for the beer that used to be taproom exclusive, helping to put a dent in that figure.

Beers canned for the CSB program will be brewed using a small, two-barrel system that Gunasinghe says has multiple perks. "[The beers] can be very limited runs, which gives us the opportunity to try new styles, new ingredients, but also try and drive sales.”

The program is also an attempt to keep community members engaged in the brewery’s success story. "If we're brewing once or twice a week, we can still brew a solid mash, just experiment around, and have something new for people to buy.”

Jason Donner and Kevin Ward contributed to this article. Wild Goose Filling has not replied to our request for comment.