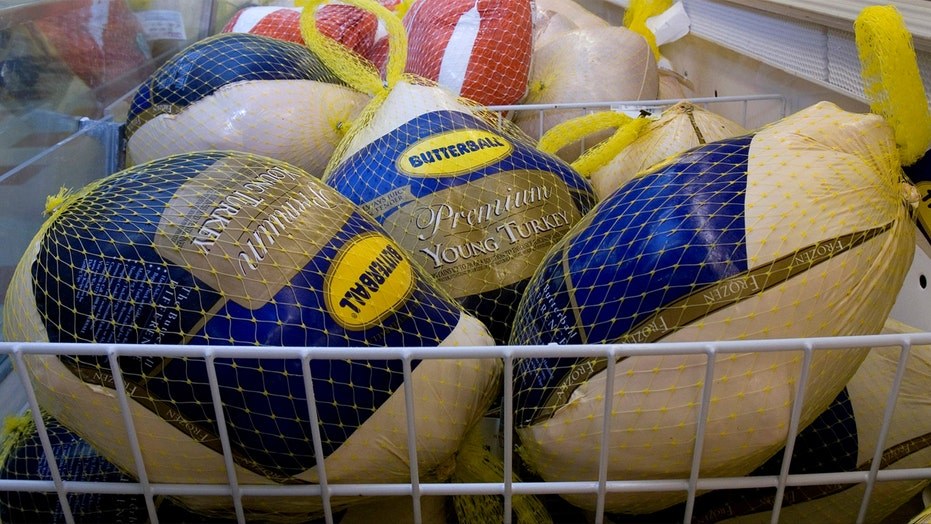 Fox Lifestyle: No, the turkey experts can't help you find your lost turkey

Butterball Inc., the turkey producer closely associated with Thanksgiving meals, says much of its North Carolina operations have been halted by Florence, the storm that has ravaged the eastern portion of the state this week.

But no holiday turkey shortages are expected because those birds come from the company’s Midwest operations, the News & Observer of Raleigh reported.

Though the company’s headquarters is based in Garner, N.C., only ground turkey, turkey bacon and turkey breasts are produced in its home state, the newspaper reported.

Butterball has several locations in North Carolina, plus others in Missouri and Arkansas, according to the company’s website.

The North Carolina operations got hammered by Florence, despite the company’s storm preparations, according to a company statement.

“Many of our North Carolina-based processing plants, hatcheries and feed mills have been impacted by the storm, and we continue to see flooding and power outages throughout the region,” the statement said.

“Many of our North Carolina-based processing plants, hatcheries and feed mills have been impacted by the storm, and we continue to see flooding and power outages throughout the region.”

“This has impacted much of our North Carolina operations. We began preparations for this storm last week and enacted our detailed hurricane preparedness checklist to ensure operations run as smoothly as possible.”

Each year around Thanksgiving, Butterball fields questions from customers about holiday turkey preparation through its Turkey Talk Line.

Many times the questions are hilarious – although the company uses the more neutral description, “memorable.”

One example: According to Butterball, an upset caller (and first-time Thanksgiving dinner host) once asked why her turkey wouldn’t stop sudsing up as she was rinsing it. Turns out she had used dish soap to clean the turkey.