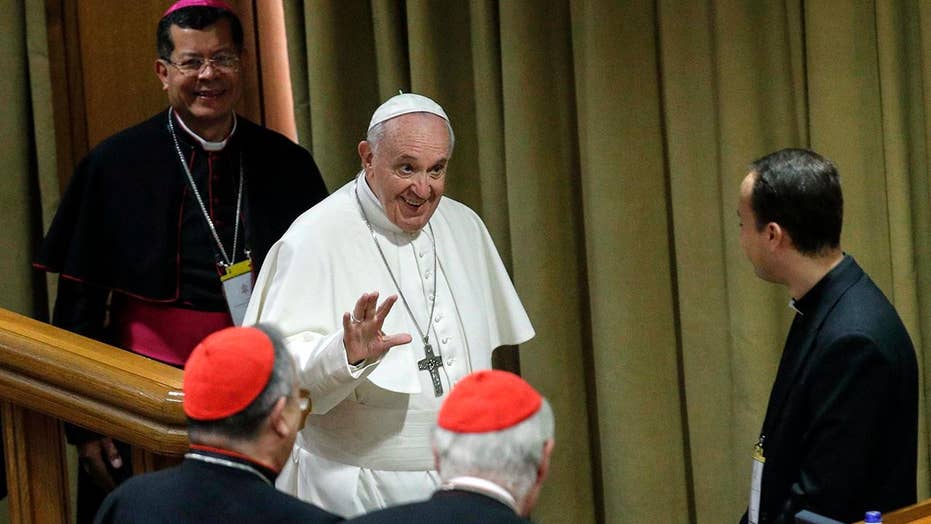 VATICAN CITY — Pope Francis warned senior Catholic officials that the faithful are calling for concrete action, not just words of condemnation, as he opened the first ever landmark sex abuse prevention summit Thursday at the Vatican. The Holy Father and the bishops gathered from around the world and heard victims share testimonies of searing emotional pain from the abuse.

Francis opened the three and a half day meeting by telling the Catholic hierarchy it is their own responsibility to deal effectively with priests who rape and molest children. Francis, trying to get to the root cause of the abuse, called it "demonic." Victim advocates say the Holy See just needs to adhere to his zero-tolerance mantra.

"Listen to the cry of the young, who want justice," and seize the opportunity to "transform this evil into a chance for understanding and purification," Francis told the 190 leaders of bishops conferences and religious orders. "The holy people of God are watching and expect not just simple and obvious condemnations, but efficient and concrete measures to be established."

Abuse survivors turned out in droves in Rome to demand accountability and transparency from church leaders and assert that the time of sex abuse cover-ups is over. Church leaders heard from five videotaped testimonies of victims whose names were not released to protect their privacy. Each shared about the trauma of their abuse and the cruel, additional pain the hierarchy's indifference caused them.

One woman from Africa told the summit that the priest who began raping her at 15 forced her to have three abortions over the following 13 years.

"He gave me everything I wanted when I accepted to have sex," she said. "Otherwise he would beat me."

A survivor from Chile told the churchmen they had inflicted even more pain on victims by discrediting them and protecting the priests who abused them.

On the eve of the summit, Phil Saviano, who helped expose the U.S. abuse scandal by priests two decades ago, demanded that the Vatican release the names of abusers and their files.

Pope Francis speaks with Rev. Federico Lombardi, left, the former Vatican spokesman who is moderating the summit, at the opening of a sex abuse prevention summit, at the Vatican, Thursday, Feb. 21, 2019. The gathering of church leaders from around the globe is taking place amid intense scrutiny of the Catholic Church's record after new allegations of abuse and cover-up last year sparked a credibility crisis for the hierarchy. (Vincenzo Pinto/Pool Photo via AP)

"Do it to break the code of silence," Saviano told the organizing committee. "Do it out of respect for the victims of these men, and do it to help prevent these creeps from abusing any more children."

The summit is meant as a tutorial for church leaders to learn the importance of preventing sex abuse in their churches, tending to victims and investigating the crimes when they occur.

The Vatican isn't expecting any miracles or even a final document to come out of the summit. But organizers say it marks a turning point in the way the Catholic Church has dealt with the problem, with Francis' own acknowledgment of his mistakes in handling the Chile abuse case a key point of departure.