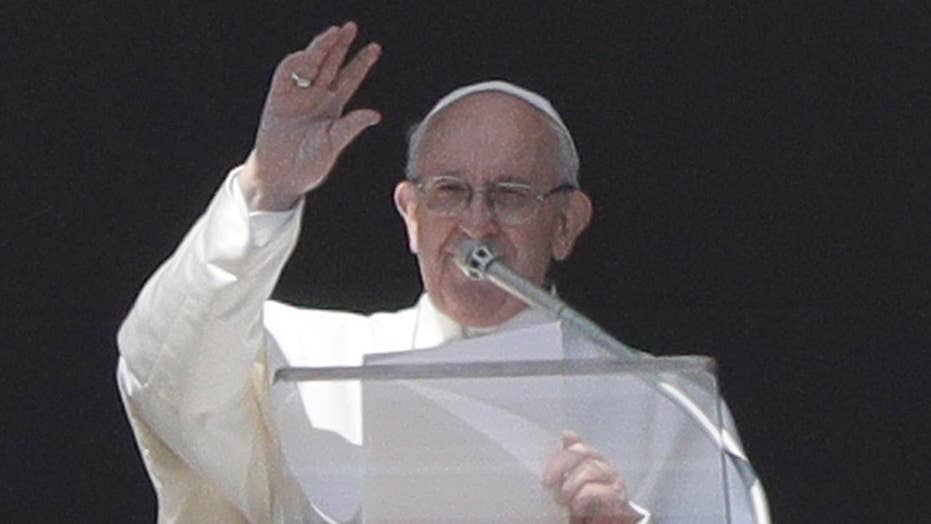 ROME -- In St. Peter's Square in the Eternal City, it is business as usual with tourists from all parts the world snapping pictures and selfies in one of the most visited places on earth. Unbeknownst to many is the unprecedented gathering about to begin at the Vatican that could affect the Catholic Church for generations to come.

Catholic bishops from around the world will meet for the next three days, to try to put an end to the problem of clergy sexual abuse.

And so just yards away from the clicking of tourist iPhones is the whirring of news cameras a few steps outside the Vatican gates, as journalists from every corner of the globe wait to talk to some of the victims of clergy abuse after their meeting with Vatican officials on the eve of the summit called, Meeting on the Protection of Minors.

Victim advocates too are wading amongst the journalists who are eager to talk with sources who represent the epicenter of what the next three days of meetings is all about: the crisis, the scandal.

Pete Saunders is a founding member of international organization End Clergy Abuse (ECA). He traveled to Rome from his native England to watch over the summit meetings.

"We are here to make sure that the Pope makes the right decisions this week and when he meets with his bishops, so that children are safer in the future in our churches,” he said. “It is as simple as that, really."

Saunders is also one of the many victims here in Rome as well as being an ex-member of the Holy See's Pontifical Commission for the Protection of Minors. He said beyond symbolic gestures, Pope Francis must put his words into action.

"He talks about zero tolerance a great deal, but that is meaningless phrase unless put into sort of reality,” he said. “And zero tolerance must mean, as it would in any other decent organization, if an employee in this case a priest, or a nun or any other religious commits a crime against that child, rapes or abuses a child and they are convicted of that crime they should be... permanently excluded from ministry."

The victims that met with Vatican officials had hoped Pope Francis would join the private gathering, but he did not.  However, one victim did have an emotional encounter with the pope at Wednesday’s general audience.

Marek Lisinski is from Poland and represents the Polish organization Have No Fear Foundation. He was abused by a priest when he was 13 years old. After the general audience, Pope Francis kissed his hand.

"I cannot even describe the feeling that I felt. These moments will stay with me for the rest of my life, this is a moment I have been waiting for a long time,” Lisinski said through his interpreter. “The pope himself was also very emotional."

For a very long time, victims of sexual abuse by members of the clergy had been shunned by the church and even close family members whom they may have confided in. And many victims and their advocates have placed the blame solely on the Catholic Church.

But Pope Francis remarked Wednesday during his audience with pilgrims from the Italian diocese of Benevento, that there is some shared responsibility. And gave a guarded warning that those who constantly blame the Church are in league with the great accuser himself, the devil.

"Those who spend their lives accusing, accusing, and accusing are – I won't say children, because the devil doesn't have any – but they are the friends, cousins and relatives of the devil," he said.

While the pre-summit days have been filled with emotions, the summit itself seems more cerebral in its organization. It's divided into three topics: responsibility, accountability and transparency. One topic for each day. And, according to the Vatican's press packet, each day will have three presentations, one to do with the bishops themselves, another with their relationships to other bishops, and then finally as they relate to the people of God.

But what may be the 'good news, bad news' for the summit is that there's no end game here. There will be no summit document that all the participants can sign or refer to in the coming months.

But history has proven that doesn't ensure change. Since the 1980s, there have been a slew of documents, charters and guidelines – yet it hasn't fully arrested the problem.

What Francis is counting on here is not a new document, but a change of heart.