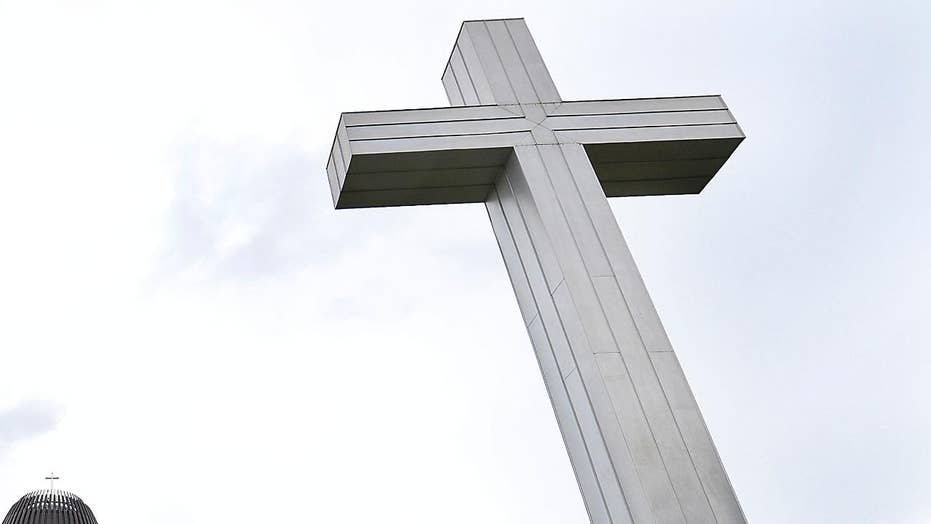 Is the right to freedom of religion being infringed upon in America?

Rabbi Abraham Cooper, Simon Wiesenthal and Qanta Ahmed weigh in on freedom of religion in America.

It is year two of the State Department's Ministerial on Religious Freedom happening now through Friday in the nation’s capital. And in the 12 months since the unprecedented inaugural first go-around, religious tensions around the world have seemed to increase rather than decrease.

Clearly, the rhetoric at this conference expressed more urgency to get at the root of and irradiate religious persecution worldwide.

For example, ISIS is largely defeated but victims are still living with the ravages of their campaign for global supremacy.

Secretary of State Mike Pompeo welcomed some 100 delegations and more than a thousand representatives of countries around the world. In his opening remarks, Pompeo emphasized the need to work together against the scourge of religious hate, "so that each person is free to believe, free to assemble, and to teach the tenets of his or her own faith," that it "is not optional – indeed, it is a moral imperative that this be permitted."

While there has been some progress since last year's ministerial, there has been far more problems. American Pastor Matthew Brunson was released from a Turkish prison after much behind-the-scenes negotiating by the U.S. State Department. But there was a shooting at Tree of Life Synagogue in Pittsburgh that killed 11; a shooting at the Al Noor Mosque in Christ Church, New Zealand, that left 52 dead; and the Easter bombings at churches in Sri Lanka that left 259 dead and scores injured. There's also growing religious persecution in China.

MORE AMERICANS IDENTIFY WITH NO RELIGION THAN EVER BEFORE BUT THREE STATES SEE EVANGELICAL GROWTH: STUDY

But still, Pompeo, in his brief remarks, preached what should be the gold standard worldwide – that all people from every place on the globe must be permitted to practice their faith openly, in their homes, in their places of worship, in the public square – “and believe what they want to believe."

While statistics show religious persecution of Christians is on the rise -- with 4,000 killed for their faith and more than 1,200 churches or buildings attacked between 2017 and 2018, the ministerial is working to show that all faiths are vulnerable to religious persecution. And personal stories from victims drove home that point.

The trauma of the shooting made them afraid to enter their house of worship.

"You can restore brick and mortar," he said. "But how do you restore a faith" that has taken decades to build?

Still, Rabbi Meyers said, "my faith has grown stronger." His congregants, too, have also started to heal through participating in memorials throughout the country, where many strangers are standing up with them in solidarity.

That, too, was the focus for Dr. Farid Ahmed, a survivor of the Al Noor Mosque shooting in Christ Church, New Zealand. His wife died in the attack.  His voice trembled when he said, "I had to tell my daughter, her mother is never coming back." But despite his grief, he said he forgives the shooter[s], because of their shared humanity.”

Yamini Ravindran recounted the horrors of the Easter bombings in Sri Lanka. Ravindran is the legal and advocacy coordinator for the Sri Lankan NGO National Christian Evangelical Alliance of Sri Lanka (NCEASL). She told the delegates that in one church, 14 of the 22 killed were children. She recounted the case of a 6-year-old girl who suffered extensive internal injuries.

"One eye was removed, the other eye lost sight,” she said. “She's home now, she lost both her parents, she still doesn't know. She doesn't know she may never be able to see again, and asks her grandmother, 'Why is it so dark?'

Religions, in their core tenets, are quite different. But the ministerial emphasized that the majority of faiths agree that we all have a responsibility to the human race; that helping each other, caring for each other, loving each other is mandatory. And that governments have an obligation to its citizens to put in place policies that protect citizens against those who would violate this basic belief.

Ambassador Sam Brownback, the U.S. Ambassador At Large for Religious Freedom, said reassuringly, "It's not the goal to find a common theology. The goal is to protect a common human right."

While the ministerial and religious freedom, in general, is a hallmark of the Trump presidency, the event strived to be bipartisan. House Speaker Nancy Pelosi, D-Calif. also spoke at the event Tuesday.  And Vice President Mike Pence is slated to speak later this week.