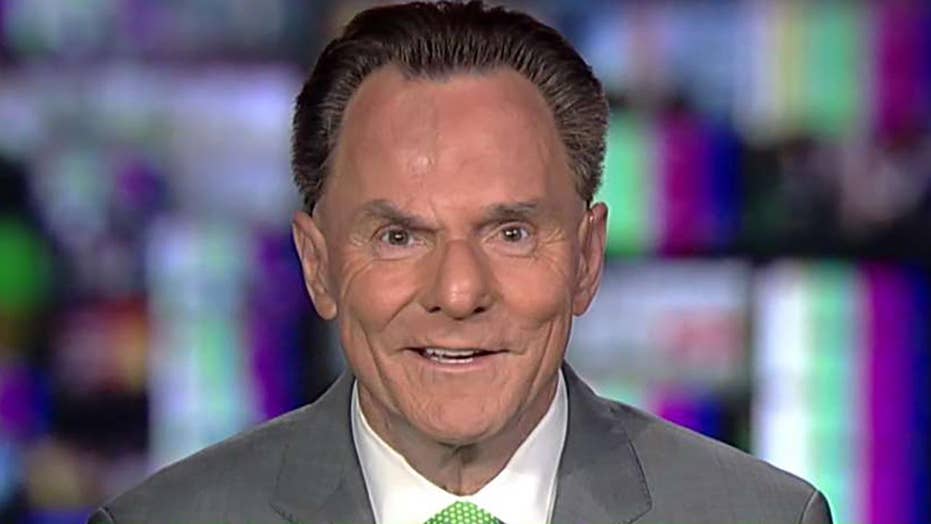 National Day of Prayer: Why faith is important now more than ever

Millions of Americans will be seeking God Thursday as a day set apart for public prayer from Maine to Hawaii and the need couldn't be greater, a leading pastor told Fox News.

Dr. Ronnie Floyd, the president of the National Day of Prayer, said this year's theme, "Love one another," is needed more than ever.

"When we think about praying for America, we need to think about praying and asking God that we would learn once again to love one another," the senior pastor of Cross Church in Springdale, Ark. told Ainsley Earhardt on "Fox & Friends" Thursday morning.

He added: "And with all of the division and various speech that goes on in all kinds of settings, the relationships that are broken, we need to understand the power of love in the United States again."

DR. RONNIE FLOYD: FOUR WAYS YOU CAN PRAY ON THE NATIONAL DAY OF PRAYER

The theme comes from Jesus' words in the gospel of John: "Love one another just as I have loved you."

Floyd said President Trump's remarks at the National Day of Prayer dinner are "encouraging" to all Americans and emphasized the need for religious liberty in light of the recent attacks on houses of worship.

“Violence and terrorism against people of all faiths must end and it must end now,” the president said to applause at a National Day of Prayer dinner Wednesday night at the White House.

“We will be a nation that believes forever and we certainly believe more than anyone in the power of prayer,” Trump added.

The National Day of Prayer, created in 1952 by a joint resolution of Congress and signed into law by President Harry S. Truman, was designated as the first Thursday of May as a day of national prayer by President Ronald Reagan in 1988. Every year, millions of Americans, in tens of thousands of meetings across all 50 states, come together for unified public prayer for America.