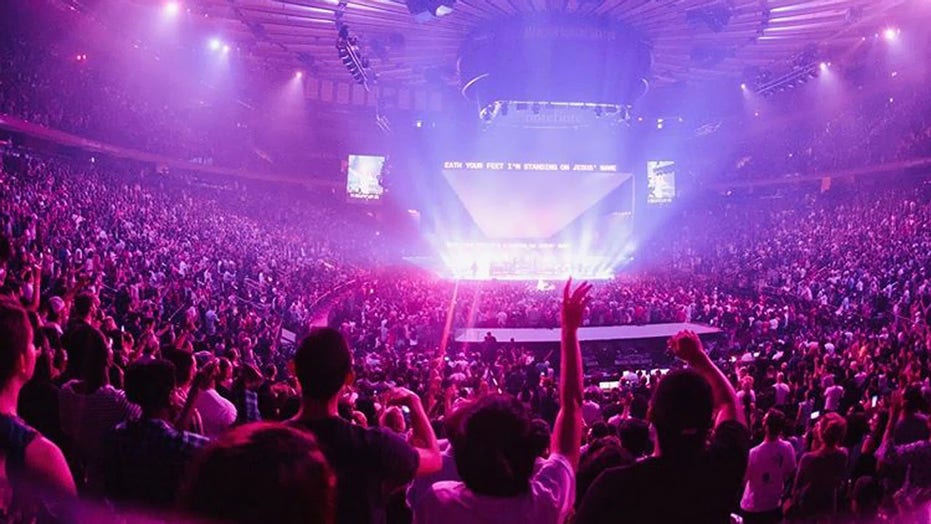 Hillsong UNITED, the most influential band in contemporary Christian music, wrapped up the first part of its American tour to a "sold-out" crowd at New York City's Madison Square Garden.

The Australian worship band whose songs are sung every Sunday by churches all over the world turned MSG into one big church Tuesday night for 14,000 people.

The People Tour, based on their latest album "People," is about each person having God-given intrinsic value, Joel Houston, the founder of the group, told the crowd.

Each night along the tour, joined by Bethel Music's Amanda Lindsey Cook and Mack Brock, from Los Angeles to Washington, D.C., the group partnered with Compassion International, a Christian organization whose mission is to "release children from poverty in Jesus' name."

For the band's bass player, Jihea Oh, it's personal.

The British-Korean guitarist's father was sponsored through Compassion International, something UNITED's J.D. shared as volunteers held up packets containing children's sponsor information for attendees to partner with.

"I know that because my dad was a sponsored child, because of the kindness of people who did that for him, his life was changed," Oh shared with Compassion in 2017. "Because of their kindness, I never experienced poverty or any lack, I always had what I needed to have. That happened in less than one generation. I am the result of that sponsorship."

This year, the group sponsored over 100,000 children across the globe through the program.

Hillsong UNITED just announced that it will be expanding its tour with six new dates in September. Presented by Premier Productions, cities added include Jacksonville, Indianapolis, Milwaukee, Louisville, Oklahoma City and Bossier City