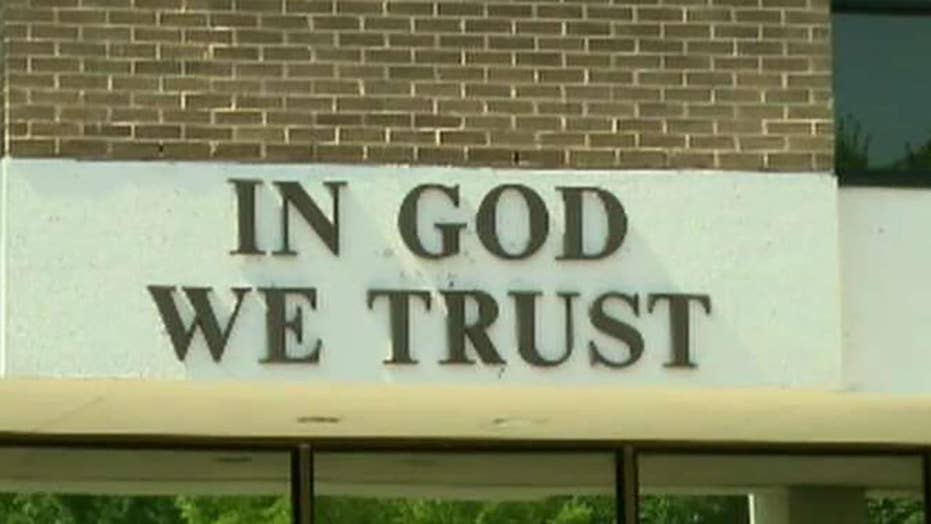 Growing number of states allow 'In God We Trust' in schools

Indiana could become the latest state to add "In God We Trust" posters to its classrooms and it could offer elective religious studies at its public schools under a bill being considered in the state House.

State Sen. Dennis Kruse drafted the "Education matters" bill, which would require public and charter schools to display both the U.S. and Indiana state flag along with the national motto "In God We Trust" on posters in each classroom and library.

The proposed bill also requires public high schools to offer an elective course "surveying religions of the world," which may also include "the study of the Bible," but must be taught in a "neutral, objective, and balanced" way that does "not encourage or promote acceptance of any particular religion."

School boards would also be able to require that schools offer "various theories concerning the origin of life, including creation science."

A similar bill passed last year in Florida requiring that "In God We Trust" be displayed at each public school. This year, the same Florida lawmaker that passed that bill is pushing for "Bible studies" classes to be offered in public schools as an elective.

Katie Blair, ACLU director of advocacy for the Indiana chapter, told the Evansville Courier & Press the bill doesn't have a chance of passing.

“I’m hopeful our legislators would see this for what it is,” Blair said, “which is a blatantly unconstitutional bill.”