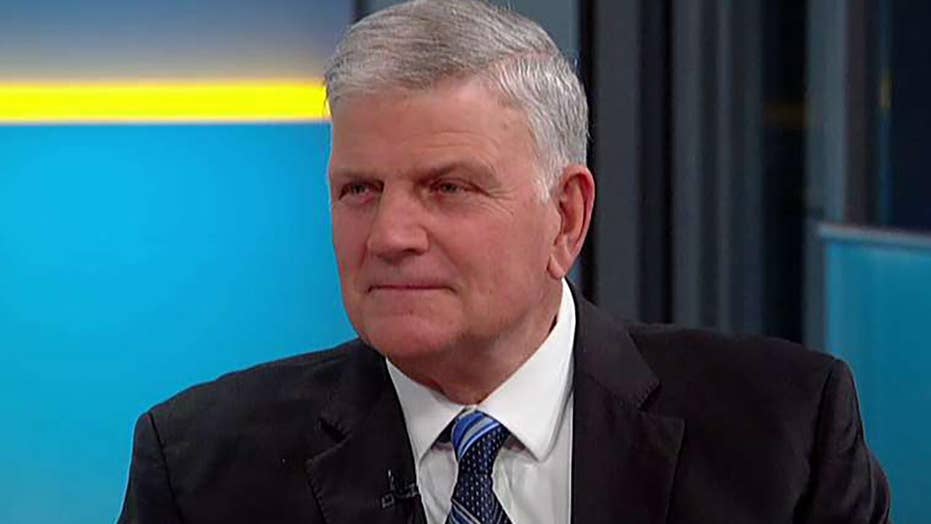 Franklin Graham sat down with "Fox & Friends" Monday to discuss Kanye West and his Sunday Service at Joel Osteen's church, as well as his flagship program, Operation Christmas Child, which kicks off this week giving gifts to needy children around the world.

The president of the Billy Graham Evangelistic Association and Samaritan's Purse told Fox News he is "thrilled at what's happened" in the "Jesus Walks" rapper's life.

"I always like it when God works in a person's life and changes them," Graham said. "And Kanye's is a life that's been changed by the power of Almighty God and it was his faith in Jesus Christ."

The son of the late Billy Graham said he prays "God will keep his hand on him" because "there's going to be a lot of people that want to use him and manipulate him."

"I hope he just stays focused on what he feels God has called him to do now for the rest of his life."

West held his largest service yet, teaming up with megachurch pastor Joel Osteen at Lakewood Church in Houston, where 45,000 attend weekly. Graham tied the newly born-again believer's life transformation to the Christmas story. 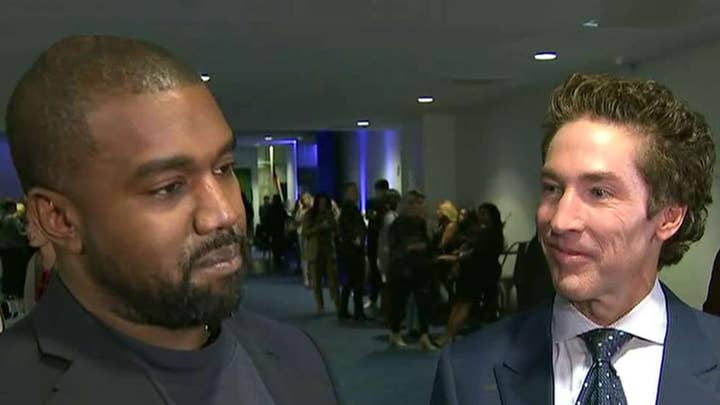 "So I'm just thrilled at what's happened in his life and this is what Christmas is all about," Graham said. "Christmas is about God's love -- sending his son, Jesus Christ, to this earth to change our lives and to save us from our sins. And of course, Kanye is out in churches. ... So I'm proud of him. I pray for him. I hope he will be very successful, and he's going around to churches doing this, I just say more power to him!"

This is National Collection Week for Operation Christmas Child.

"I want the children of the world to know God loves them," he said, adding that he asks every person filling a shoebox of toys, hygiene items, and more to pray for the child who receives the box.

"So many children are in war areas, there are so many kids in desperate situations, and you give them a gift when they've never had a gift, the little bit of hope that that gives to a child, knowing that there's somebody out there that cares for me and loves me."

People can go to Samaritan's Purse website and pack a box and even track it.