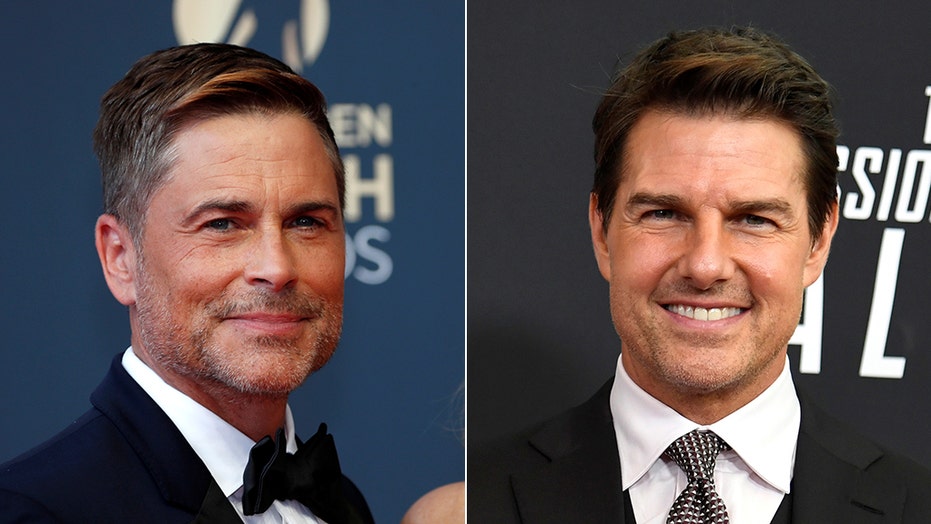 Tom Cruise apparently wasn't exactly in a sharing mood when he started filming “The Outsiders.”

Rob Lowe made the revelation when he recently appeared on Dax Shepard’s podcast “Armchair Expert," where he opened up about working on the 1983 coming-of-age drama, in which Lowe starred as one of the Greasers, Sodapop Curtis, alongside Cruise who played Steve Randle.

The “Mental Samurai” game show host told Shepard that the “Top Gun” star couldn’t keep it together upon learning he would be bunking with Lowe while filming the movie, which was directed by "The Godfather" creator Francis Ford Coppola.

"All of the L.A. people survived the L.A. auditions, and then the hand-picked people had to go to New York to face the New York version," Lowe, 56, explained to Shepard. "So it was me and Tom Cruise and Emilio [Estevez] and C. Thomas Howell.

"[It was the] first time I ever stayed at The Plaza Hotel, and we check-in, and Tom finds out that we’re sharing a room and just goes ballistic," he recalled to the “Spin the Wheel” host, 45.

Though the pair worked side-by-side, Lowe quipped to Shepard that Cruise simply knew his value and recalled the “Mission: Impossible” star doing his own stunts early on his career.

"He ended up being the only one who could do a backflip. It is in the movie 'The Outsiders' for no reason," Lowe said. "He runs out of the house and does a backflip for no reason. Just to do it."

Rob Lowe, left, said Tom Cruise went 'ballistic' when they had to share hotel rooms while filming the 1983 movie 'The Outsiders.' (Reuters)

"To me, what’s great about the story is, there’s certain people who have always been who they are, and that element of them has powered them to where they are today and the rest is history," Lowe said. "And the notion that a 18-year-old actor with a walk-on part in 'Endless Love' and like a seventh lede in 'Taps' could have that kind of like wherewithal."

Lowe pressed on and praised Cruise adding that he was blown away by the “Jerry Maguire” performer’s acting chops.

"I remember going, 'Wow, this guy is the real deal,'" Lowe said. "I mean it made me laugh, it was gnarly. But in the end of it, you can't argue with the results. He’s had his eye on the ball since day one."

Shepard echoed the sentiment: "That's what I liked about it too. No one [just] knocks on anyone's door and says 'Hey, you wanna f---ing be in 12 ‘Mission Impossibles'?" he said of 'The Outsiders', which celebrated its 37th anniversary last month.