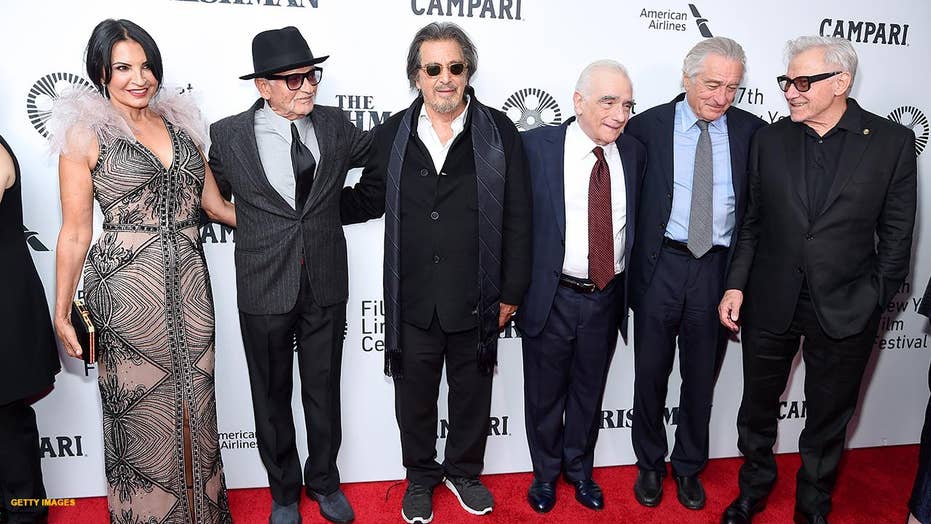 Actress Kathrine Narducci talks working on 'The Irishman' and 'The Sopranos'

Director Francis Ford Coppola received some angry rebukes this weekend after he went a step further than Martin Scorsese in his criticism of Marvel superhero movies, calling them “despicable.”

The 80-year-old “Godfather” director made the incendiary comments while in Lyon, France, to receive the Prix Lumiere for contributions to cinema, AFP reported.

Earlier this month, Scorsese had likened popular superhero flicks to “theme parks” rather than true cinema.

US director Francis Ford Coppola holds his award during the Lumiere Award ceremony of the 11th Lumiere Festival, in Lyon, central France.

“I don’t see them,” Scorsese said during an interview with Empire magazine. “I tried, you know? But that’s not cinema. Honestly, the closest I can think of them, as well-made as they are, with actors doing the best they can under the circumstances, is theme parks.”

He added: “It isn’t the cinema of human beings trying to convey emotional, psychological experiences to another human being.”

His comments drew a slew of backlash, including from some of the writers and directors of the films he criticized.

But for Coppola, Scorsese was being too kind.

“When Martin Scorsese says that the Marvel pictures are not cinema, he’s right, because we expect to learn something from cinema, we expect to gain something, some enlightenment, some knowledge, some inspiration,” Coppola said while speaking to a journalist in Lyon. “I don’t know that anyone gets anything out of seeing the same move over and over again. Martin was kind when he said it’s not cinema. He didn’t say it’s despicable, which I just say it is.”

James Gunn, who directed "Guardians of the Galaxy," took to Instagram on Sunday to argue that Scorsese and Coppola essentially were repeating the same line of criticism that older generations gave them when they were younger.

He noted that gangster movies, which have been closely associated with Coppola and Scorsese, were once called “despicable” by “our grandfathers,” who also regarded the films of John Ford, Sam Peckinpah and Sergio Leone as “exactly the same.”

“Some superhero films are awful, some are beautiful,” Gunn wrote. “Like westerns and gangster movies (and before that, just MOVIES), not everyone will be able to appreciate them, even some geniuses. And that's okay.”