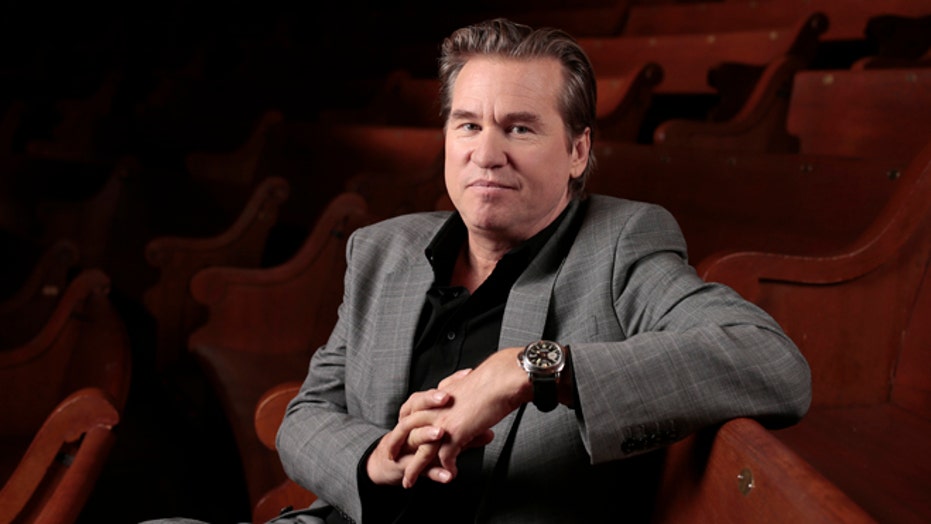 Val Kilmer revealed some epic insight into the cast dynamic on the set of the 1986 action blockbuster “Top Gun.”

The “Kiss Kiss Bang Bang” star took a deep dive into the characteristics he said were prevalent while on set and explained a faction-type dichotomy where he was the leader of the “party boys” as film star Tom Cruise displayed “laser-like” focus on his way to becoming “greatest action hero in the history of film.”

“We were the party boys,” Kilmer said about his group in his upcoming memoir, “I’m Your Huckleberry.”

The star said the various attitudes on the set mirrored his in-film rivalry with Cruise, who played Maverick and Kilmer, now 60, portrayed Iceman. Kilmer wrote that as soon as the director yelled cut, the actors broke off into “two camps – mine and Tom’s.”

“Every night we’d hit the San Diego nightlife,” he revealed in excerpts published by the Daily Beast on Tuesday. “Once we were stuck at an intersection where all four lights were red. I peeled out, spinning and burning rubber in a perfect circle, showing off. Until we cozied right up to a cop car. He looked at me like, ‘Really, dude?’”

VAL KILMER ADMITS HE HASN’T HAD A GIRLFRIEND IN 20 YEARS: ‘THE TRUTH IS I AM LONELY PART OF EVERY DAY’

Kilmer wrote in the excerpt that the officer “didn’t even bother turning on his lights,” and Kilmer knew he was busted.

“I just pulled over and begged my drunken passengers, in my firm Iceman voice, to sit up straight and to let me do all the talking,” Kilmer explained. “Since I hadn’t been drinking, I was able to quickly rely on my actor’s instinct.”

The “Heat” star said the crew got lucky when they were sent on their way without a slap on the wrist.

Meanwhile, despite the fact that Kilmer and company were busy getting into who knows what, Cruise, now 57, took the gig a lot more seriously and the time spent perfecting his performance was noticed by everyone.

“Tom refrained from our revelry, with good reason,” he recalled, according to the excerpts obtained by the outlet. “From day one, he was laser-focused on a singular goal: to become the greatest action hero in the history of film. He was up nights learning lines; he spent every waking hour perfecting his stunts. His dedication was admirable. Of course, even more admirable is the fact that he achieved his goal.”

Kilmer said he had to get Cruise to loosen up and ended up playing a prank on the “Mission: Impossible” hero, sending Cruise out on a hunt for a very special bottle of champagne.

“My favorite moment between us was a small prank in which I gave him an extremely expensive bottle of champagne but placed it in the middle of a giant field and made him follow scavenger-hunt-style clues to find it,” he exuded. “I hid behind a bleacher and watched him lug the giant crate to his motorcycle. He never did thank me for the Iceman-style bit. I thought it would break the ice, but I guess the ice was just right.”

Furthermore, Kilmer admitted that he wasn’t remotely interested in being in the film, but claimed he was “basically tortured” into meeting the director Tony Scott by his agent who also happened to represent Cruise.

Kilmer’s agent was simply doing his job by getting his client into a film and in hindsight, Kilmer said the director Scott “overwhelmed my disdain for the project with pure unadulterated positivity.”

He also explains in the released portion of the memoir obtained by the Daily Beast how “flabbergasted” he was learning how to fly planes and couldn’t believe the trend he would start with his character’s hairstyle.

“The style was Tony’s idea, but I went out of my way to make it weirder,” he wrote. “When it turned into a national fad – thousands of guys started emulating the coif – I was flabbergasted. And that’s a word you just don’t get to say that often and mean it.”

The film stars are currently hard at work on the long-awaited sequel, “Top Gun: Maverick,” which is helmed by Joseph Kosinski and is since delayed from its original June 24 release to Dec. 23 due to the coronavirus pandemic that has shuttered the entertainment industry as a whole.