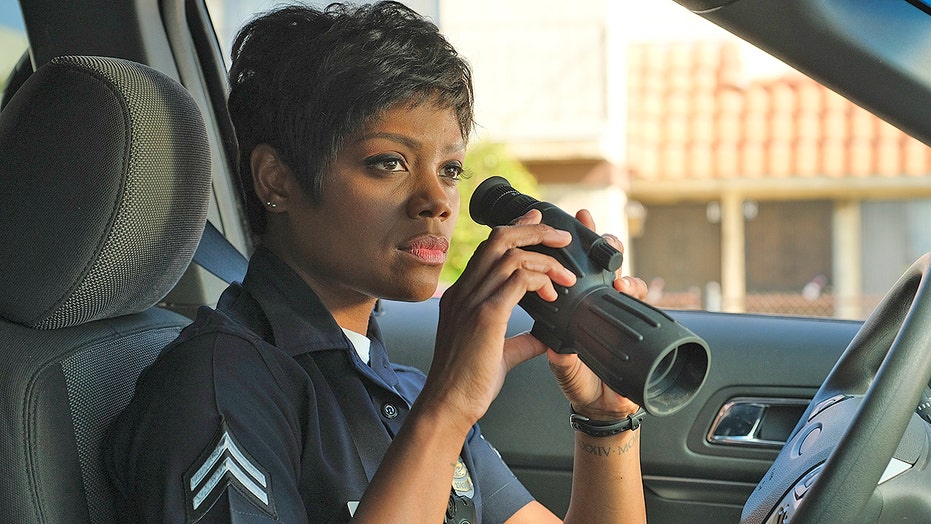 "The Rookie" star Afton Williamson is naming names in her claims that she was racially bullied, sexually harassed and sexually assaulted on the set of the ABC series.

Williamson, 34, announced Sunday she was leaving the police drama after just one season due to discrimination and sexual misconduct on set from the hair department head and others, but didn't reveal the identities of the alleged culprits.

On Monday, the actress clarified which of her co-stars allegedly harassed her.

"This season on 'The Rookie,' I was sexually harassed by fellow actor Demetrius Grosse," Williamson  wrote on Instagram. "I was Racially Bullied and Discriminated against and Sexually Assaulted by Hair Department Head Sally Nicole Ciganovich."

"One Instagram post is just like those 2 fish and 5 loaves of Bread. The rippling effect it has had in just a few hours shows how much this world is aching with victims of racism, discrimination, sexual harassment, sexual assault, sexual abuse all of it," she wrote in the same post. "I am no stranger to all of the above even before this experience. But it is through this experience and my platform that God pushed me to use the power within me. It just takes a VOICE."

Afton Williamson appears in Season 1 of "The Rookie." The actress quit the ABC drama, alleging she endured sexual harassment and bullying on set that went unaddressed. (ABC Television / Getty)

In her original post over the weekend, Williamson claimed that  “bullying from the Hair Dept. Head escalated into Sexual Assault at our Wrap party," adding that she was sexually harassed by a recurring guest star and that executive producers allegedly bullied her “throughout the filming of the pilot.”

She claimed that the network didn't take her complaints about any of the alleged incidents seriously.

“The Sexual Harassment though reported directly to the Showrunner/EP (Executive Producer) remained undocumented and was not reported to HR (Human Resources) as promised,” Williamson wrote on Sunday.

She continued: “The Hair Dept. Head was fired ONLY after the sexual assault and NOT for an entire year of outward racism/racially charged language and bullying behavior in and out of the Hair and Makeup trailer."

Williamson wrote that she was asked to return for Season 2 and was promised that “everything was handled.”

“The investigation hadn’t even begun and Season 2 had already started filming,” she wrote on Sunday. “I turned it down and I walked.”

She went on to say, “Now is the best time in the world to be a woman and I have a platform so it’s time to use my Voice. Strength comes from within.”

Sources told The Hollywood Reporter that Entertainment One, the studio that produces "The Rookie," had launched an ongoing investigation into Williamson's allegations.

An ABC Studios spokesperson told Fox News Sunday in a statement that they are taking the matter "very seriously."

“The allegations involve a production from Entertainment One. In late June, eOne made us aware and informed us that they launched an investigation that is ongoing. The safety of working environments is a top priority for us, and we take this matter very seriously.”

Demetrius Grosse appears in "The Rookie" Season 1. Afton Williamson alleged that Grosse sexually harassed her during their work together on the ABC police drama. (ABC Television / Getty)

A rep for Williamson and Grosse did not immediately return Fox News' request for comment.

Representatives for Entertainment One had no comment Tuesday, but a spokesperson previously released a statement to The Hollywood Reporter stating, “We take claims of this nature very seriously. We have initiated an independent investigation which is ongoing and as such, it would not be appropriate to comment at this time.”