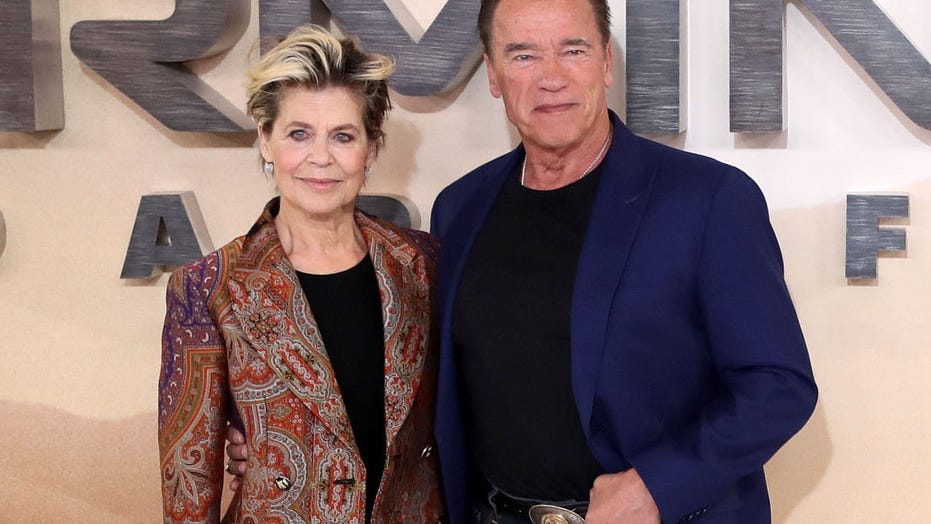 "Terminator" is coming back, and so are Linda Hamilton and Arnold Schwarzenegger.

"Terminator" has become one of Hollywood's most successful franchises, earning nearly $2 billion since the first film premiered 35 years ago, according to Box Office Mojo.

With so many iconic moments and quotable lines, here's a look at the five films that came before the latest installment, "Terminator: Dark Fate," which premieres Friday.

"The Terminator" follows the time-traveling Kyle Reese (played by Michael Biehn) as he protects Sarah Connor (Hamilton), whose unborn son will save the world, from Terminator, (Schwarzenegger).

Phrases that are mainstays of pop culture, like "I'll be back," and "Come with me if you want to live," come from this flick, which also features a scene of Schwarzenegger in the nude and the iconic image of the Austria-born strongman staring into a mirror with a glowing red dot where his damaged eye should be, revealing that he is, in fact, a robot.

One of the marvels of the flick was the computer-generated "liquid metal" enabling the T-1000 to shift from a liquid state to solid.

And who doesn't love a good motorcycle chase? Kicked off with Guns 'N' Roses' "You Could Be Mine" and leading to a high-speed gunfight, the scene is one of the franchise's most loved.

Schwarzenegger in 'Terminator 3: Rise of the Machines.' (C2 Pictures)

Once again, John Connor (Nick Stahl this time) is front and center -- and in need of some protection.

Though Connor is resistant to face his destiny and become a hero, he does in the film's final moments.

LINDA HAMILTON REVEALS SHE LOST SO MUCH WEIGHT FOR 'TERMINATOR' SEQUEL, PRODUCTION HAD TO 'BUILD HER A NEW BUTT'

When someone calls over a radio asking, "Who's in charge here?" -- Connor steps up, replying "I am."

Sarah Connor was nowhere to be seen in this flick, but they did include a chase scene with a crane, causing destruction that only the "Terminator" movies could get away with.

The one film in the franchise without Schwarzenegger -- although his face was superimposed onto the T-800 played by Roland Kickenger -- does feature an all-star cast including Christian Bale, Helena Bonham Carter, Common and Bryce Dallas Howard.

The film centers on John Connor (Bale) teaming up with Kyle Reese (Anton Yelchin) to fight SkyNet to defend humanity.

The return of Kyle Reese comes with the return of his catchphrase: "Come with me if you want to live."

The movie filled in some of the holes from the originals, finally giving fans a chance to see what the war was really like.

This film sees a break in the traditional storyline of the "Terminator" franchise, as John Connor (Jason Clarke) joining the Terminators in their quest to end humanity after sending Kyle Reese (Jai Courtney) to protect his mother Sarah, this time played by "Game of Thrones" star Emilia Clarke.

The film recreates "Terminator's" naked encounter with humans, this time with another Schwarzenegger time traveling to fight ... himself.

A chase on the Golden Gate Bridge and Terminator hiding a shotgun in a teddy bear are among the movie's memorable moments.

So, what do we know about the upcoming "Terminator: Dark Fate?"

We know we'll see the return of Linda Hamilton as Sarah Connor, and she'll team up with Schwarzenegger (nicknamed Carl this time around) and a cyborg called Grace to protect a young girl from a deadly fate.

Oh, and there will be another nude scene, this time with Gabriel Luna.