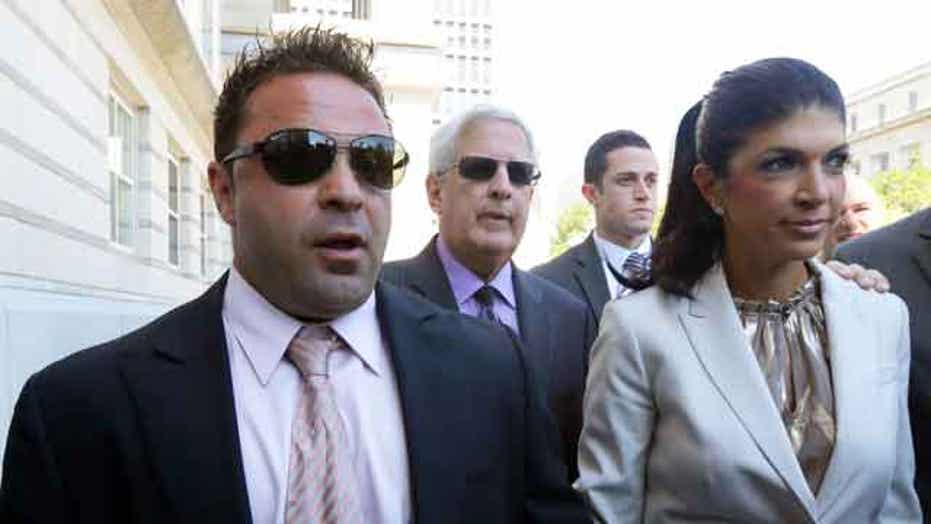 Bravo in trouble over ‘Housewives’ case?

Teresa Giudice and husband Giuseppe “Joe” Giudice may not be the only ones losing sleep over their latest trouble with the law: their costars on Bravo’s “Real Housewives of New Jersey” and the network itself could get wrapped up in their legal woes.

Because Bravo is an entertainment network -- and not a news agency -- it likely does not maintain any First Amendment privileges, meaning execs and personalities from the network may be called to court, New Jersey-based attorney Darren Del Sardo told FOX411’s Pop Tarts column.

“Employees filming for Bravo can certainly be called as witnesses to establish that the Giudices were perhaps making large purchases in cash during the time of the bankruptcy,” he explained. “The network could also be called as a witness to support an increase of anticipated income paid by Bravo to Teresa that was not disclosed in her bankruptcy filing. In addition, they could be asked questions regarding the Giudices' business operations that Bravo followed at the time of the filing.”

The reality television personalities have been charged in a 39-count indictment with conspiracy to commit mail and wire fraud, bank fraud, making false statements on loan applications and bankruptcy fraud. They were released on Tuesday on $500,000 bond each. They are set to make a plea on August 14.

According to another legal expert, who wished to remain anonymous due to associations with the network, it’s a big problem that Bravo filmed the Giudices talking to their bankruptcy attorney last year.

“There is a chance that there is raw footage, which didn’t make the air that could be incriminating. Federal investigators will likely want all of what was shot to see what Bravo and others involved in the production knew, and how much did they know. The question of co-conspiracy, even unintentionally, could be raised,” the source said. “And filing for Chapter 7 is no light issue. It’s odd that they were able to continue living in that opulent mansion and living such a lavish lifestyle when they were in that kind of financial ruin. Who was paying for it? Were their show payments going directly to them or their trustee? Their bail was set particularly high which is unusual, and suggests that there is much more to come.”

Teresa opened up about her financial woes in one of her BravoTV.com blogs written during Season 4 last July, calling the bankruptcy filing process “a nightmare.”

“If you have (filed for bankruptcy), you know exactly what’s going on and why and how terrible it is. And it takes a long, long time,” she wrote. “As you saw in our lawyer meeting, we withdrew our petition for bankruptcy and are paying our creditors back.”

Teresa also hinted that their money problems were far from behind them.

“It’s…still…not…final. I’m so sorry I can’t talk about it in detail (again!), because it’s not done, but the day it is, I will write a book and tell you all about it, I promise!” she continued.

However, she now faces writing that tell-all from behind bars. The most serious charges Teresa and her husband face are bank fraud and loan application fraud, which carries a maximum potential penalty of 30 years in prison and a $1 million fine.

Still, these issues are nothing new for the couple. Their financial woes have been featured throughout the popular reality television franchise.

“The first season Teresa just seemed really rich and they spent a crazy amount; there is one scene where they pay to furnish their huge home all in cash,” one entertainment industry insider connected to the popular franchise recalled. “They filed for bankruptcy in between Season 1 and 2, they mentioned the bankruptcy but it seemed Teresa was in hard-core denial about everything and just continued to shop and live the life.”

With the exception of the reunion shows, the fifth season of the “Real Housewives of New Jersey,” which premiered in early June, has reportedly completed the filming process, so none of this new off-camera drama is likely to make the airwaves anytime soon.

“It is unlikely that Bravo would be named in any criminal action. However, Bravo may be concerned that someone may infer they knew of the false representations made in the bankruptcy filings by the Giudices with regards to any anticipated income and failed to take the appropriate actions to correct the misrepresentations,” Del Sardo said. “Bravo is most likely discussing this matter with its attorneys to make a determination if the recent charges are grounds to terminate its contract with the Giudices. Bravo may [need] to release them from the show after these charges.”

Bravo declined to comment, and the United States Attorney’s Office, District of New Jersey, was not immediately available for comment.

Teresa Giudice issued a statement Tuesday advocating support for her husband and family, along with hopes to “resolve this matter with the government as quickly as possible.”