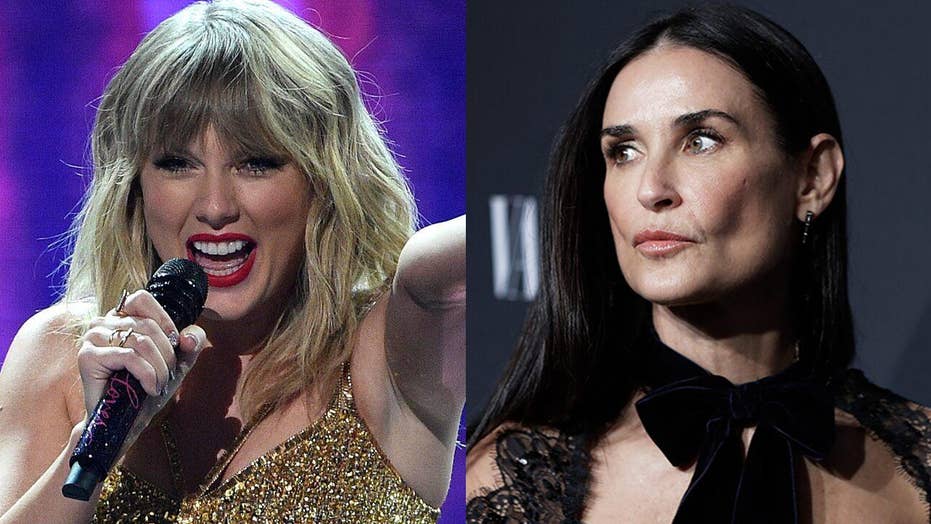 Taylor Swift has nothing but good things to say about Demi Moore's memoir, 'Inside Out.' She praised the 'Ghost' actress for owning several of her trials and tribulations.

Taylor Swift has high praise for Demi Moore’s memoir, “Inside Out.”

In The New York Times best-selling memoir, Moore discusses pivotal moments in her life, including her traumatic rape at age 15 alongside addiction and body issues amid her ascent to the top. Moore’s poignant reflections resonated with the “You Belong with Me” singer.

Named as one of People magazine’s People of the Year, Swift opened up about the book and had nothing but praise for the “Ghost” actress.

“I couldn’t put it down. You read it in two days!” Swift told People. “I was thinking about how when she was the highest-paid actress, she was just punished ruthlessly for it. That’s so wrong, and she was treated so badly in that moment.”

“I feel like finally she’s getting the last laugh because [now] people are like ‘Yeah! That’s great that you were the highest-paid actress,'” she continued. “She owns a lot in the book, and it’s really well-written.”

In an October appearance on Netflix podcast "Present Company with Krista Smith," Moore revealed that she held off on writing the memoir for years because the subject matter would be “too complicated” for her three daughters at the time.

“There’s things in there… it’s not that I wanted to keep it from them or hide anything, it’s just stuff that you don’t necessarily... when they’re younger, want to bring forward. It would be either too complicated or inappropriate, and then there’s some stuff that you just don’t think about. Then at the end of the book, there’s also some things that are reflective of a painful time in my life, but also of theirs.”

Moore confessed that writing the book has brought her family "a greater opportunity to even heal on a deeper level with some of the stuff that had been happening, but in doing this, it’s like remembering what’s my story, and what’s someone else’s.”