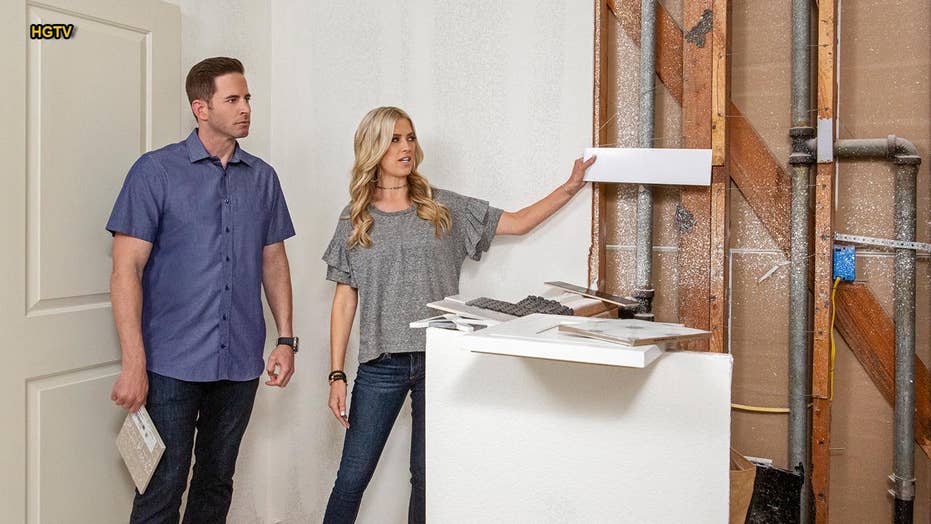 NEW YORK – Tarek El Moussa is striving every day for balance in his life.

The HGTV star, 38, is currently in the eighth season of his hit home renovation series "Flip or Flop," which he now hosts with ex-wife Christina Anstead. He also has a spin-off digital series, "Tarek’s Flip Side," and an HGTV solo series coming out next year, titled "Flipping 101 with Tarek El Moussa."

"We're divorced and we were very curious to see what the viewers would think and it turns out they loved the show because the ratings are really really good," El Moussa told Fox News.

"I think that we're just showing the world that you can make anything happen when you want something to happen and filming with my ex-wife is a lot better today than it has been in many many years," he admitted. "It's very exciting to know that we can show up on set, do our job, and things are good."

Tarek and Christina returned for Season 8 of 'Flip or Flip.' (HGTV)

At first, El Moussa wasn't sure the former couple's new arrangement was going to work. He revealed the first few months after he and Anstead split were "really, really difficult, and filming was one of the toughest things to do at that time."

But as time progressed, the two are back to having great chemistry on set and now El Moussa gets to say "no" to Anstead — "the fun part for me is if she wants to do something I don't think it's a good financial investment, I get to say no."

Personally and professionally, El Moussa feels like he's at the top of his game and is focusing on his family.

"I just want to be the best father possible and really provide the best lives for my kids and I just love my babies. They are everything to me," he gushed.

'FLIP OR FLOP' STAR TAREK EL MOUSSA EAGER TO DATE, BUT NOT HAVE KIDS AFTER CHRISTINA ANSTEAD DIVORCE

El Moussa says he also wants to "keep building and growing" his brand. "I really want to give back and inspire people and share my story," he added. El Moussa feels others will be able to identify with his struggles.

Besides going through a divorce, El Moussa battled thyroid and testicular cancer in 2013 and has been officially clear of the disease for six years.

"To be honest, the last three years I worked really, really hard on me," he said. "I always tell people the first person you need to work on is yourself and that's the only way you can live the best life possible," El Moussa explained.

"So after the divorce, I really focused on myself — my physical health, my mental health. And I'm in the best place I've ever been in in my life. And I understand what it's going to take to live a full life," he added.

Contributing to his current state of bliss is a new relationship with fellow reality TV star and real estate agent, Heather Rae Young, though the pair didn't meet through PR people or at a TV event. El Moussa revealed he asked her out "a while back" but she had a boyfriend at the time.

Then, he ran into her again and the "Selling Sunset" star accepted his second invite. "It's early in the relationship and we're having a blast. She's just amazing and adorable and I'm just enjoying every second," he said.

"Flip or Flop" airs Thursdays at 9 pm ET on HGTV.

"Tarek's Flip Side" is available to watch on HGTV.com.