"Flip or Flop" star Christina El Moussa admits there was a brief period of darkness following her 2017 divorce from costar Tarek El Moussa, with whom she shares two children — Taylor, 7, and Brayden, 3.

“I felt like I was drowning. I was doing whatever I could to stay above water and just get through the day," Christina, 34, recently revealed in an interview with People magazine.

The pair separated in May 2016 following a fight in which Christina called the police with concerns Tarek was going to commit suicide after he stormed out of the house. With help from a helicopter, law enforcement officers found Tarek who told them he had “no intention of hurting himself." Guns were reportedly taken from the family's home afterward.

Christina and Tarek El Moussa vowed they would continue "Flip or Flop" following their divorce in 2017. (HGTV)

"A lot of people were thinking, ‘What’s going to happen?’ Tarek and I were so tied together on everything: real estate, the show, our children, our house. It was so stressful, and everyone was worried that it was going to explode," Christina told the publication.

The celebrity couple assured fans at the time that they would not let their personal relationship interfere with "Flip or Flop," though Christina later called working with her ex-husband "beyond awkward."

"It was so stressful, and everyone was worried that it was going to explode."

"This would be awkward for any exes. I'm planning on staying friendly and keeping things light," Christina said in a May news release. "It's all new territory. When our marriage fell apart it was more public than we could have imagined. But we're picking up the pieces and we'll still work together to support our kids."

Christina said she and Tarek, 36, are still working hard to co-parent — and so far, things are going smoothly.

“Somehow we managed to build something even bigger than we had before,” she added. 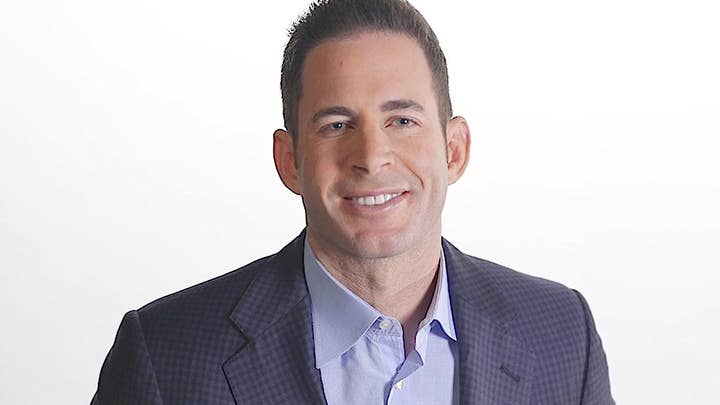 CHRISTINA EL MOUSSA LANDS SOLO HGTV SHOW: 'THIS IS ONLY THE BEGINNING'

Christina announced last week that she's starring in a new HGTV show called "Christina on the Coast," which will premiere in 2019. She also sold the Yorba Linda, Calif., mansion she lived in with Tarek and moved to Newport Beach with her kids.

“I’m starting from scratch. I’m moving, I have a new TV show, a new boyfriend (British TV star Ant Anstead) — there’s a lot of projects going on. I’m just so happy, and for the first time in a long time I feel at peace, which is such a good feeling," Christina said.