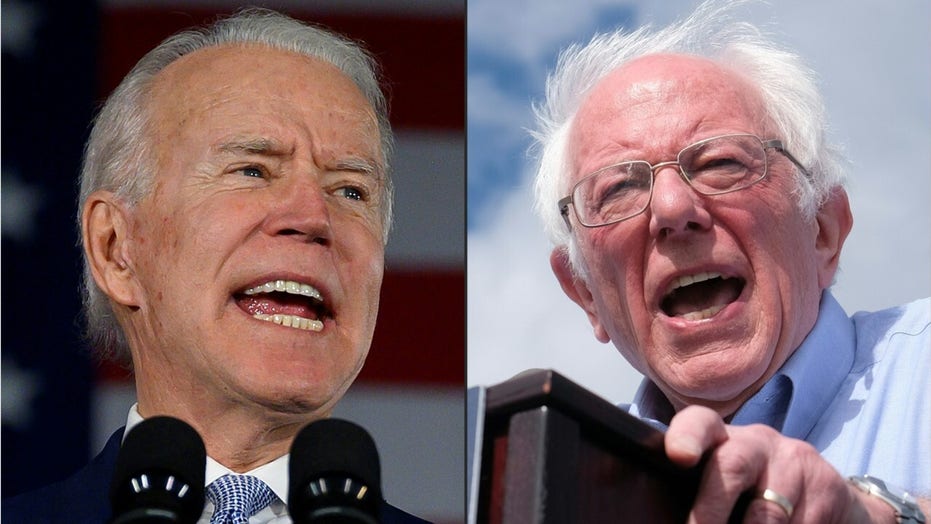 Celebs show their allegiance on Twitter during Super Tuesday

As Super Tuesday results trickled in, celebrities have taken to Twitter to share their thoughts on how the evening unfolded.

With five democratic candidates left in the running, stars still have plenty of options left to choose from, but they made their voices very clear.

Cher doubled down on her endorsement for Vice President Joe Biden, simply writing, "I’M WITH JOE" alongside a photo of herself and Biden.

"Very hard not to dwell on what could have been done with the 500 MILLION DOLLARS wasted by Bloomberg," comedian and actor Billy Eichner said.

Another tweet from Eichner read: "Honestly it’s a miracle anyone wants to be President. It sounds like a f-----g nightmare!!!"

"I proudly cast my vote for @JoeBiden this morning at The Tree People polling place in Laurel Canyon and it looks like he is doing rather well," she said.

"Why wont the #russianBarbie go away!" he wrote. "Stealing votes is her goal! #RussianAsset #altRightPuppet."

PATTON OSWALT SLAMS TRUMP AND HIS SUPPORTERS AS 'A--HOLES'

A follower of John Cusack's mentioned that Biden and Bernie Sanders will likely be opponents after Super Tuesday.

The actor responded, saying "They are one in the same brother ;)"

Comedian Patton Oswalt was simply happy to hear about the strong voter turnout.

"GOOD. Proud of my home state," he wrote when he read that Virginia's voter turnout doubled from 2016. "You guys showed up. Please do it again in November. #SuperTuesday."

Stars also took to the Internet earlier in the day to encourage fans to vote.

"EVERY VOTE COUNTS," wrote Jennifer Aniston alongside a photo of a dog with an "I Voted" sticker on its head.

"Proof that I did more than just eat cake today," said birthday girl Jessica Biel. "If you don’t vote, then you don’t get a sticker to post on Instagram. You also don’t get to have your voice heard and influence the world we all live in, but also… the sticker."

"Let your voices be heard," said Elizabeth Banks, sharing a selfie with her sticker on her lips.